New Star Wars offerings have landed at Disney’s Hollywood Studios! From interactive exhibits to galactic-themed food, discover new and updated Star Wars experiences that bring you closer to the epic saga than ever before. 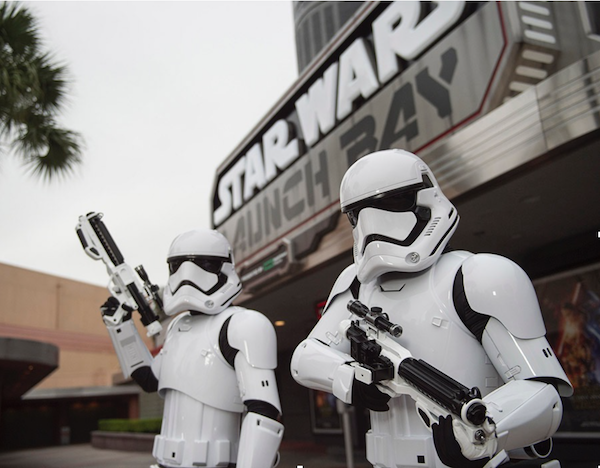 Get an up-close look at replica props, models, costumes and artifacts from the Star Wars films. It’s like an epic Star Wars museum, and is FREE with park admission! 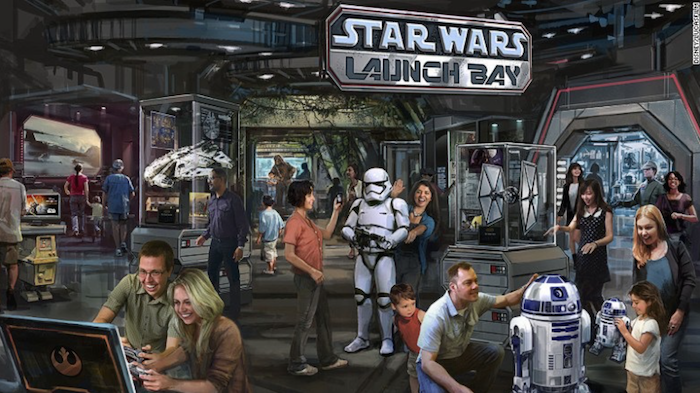 Launch Bay is also home to Launch Bay Theatre. Inside this stellar screening room, you’ll have a chance to watch a short film celebrating the Star Wars saga. (It’s only 10 minutes long, so it’s perfect for little attention spans.) The “behind-the-scenes” movie includes exclusive interviews with the directors, writers and other key players responsible for bringing the Star Wars galaxy to life.

You’ll also be able to get up close and personal with Darth Vader and Chewbacca at Launch Bay. Here’s your chance to confront the imposing Dark Lord of the Sith… and face your destiny! You also may encounter Kylo Ren on the bridge of his First Order Star Destroyer.

With 54 different adventures sets, this super popular ride feels like a brand new attraction each time. And now, you’ll visit an all-new location from Star Wars: The Force Awakens! 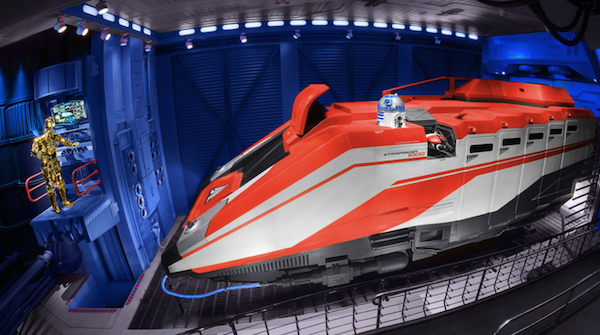 Symphony in the Stars: A Galactic Spectacular

Gather your favorite Jedi and Jawas to watch a very special fireworks spectacular. Picture it: a breathtaking display of twinkling lights fills the sky, as the thrilling sounds of John Williams’ classic Star Wars themes permeate the air. 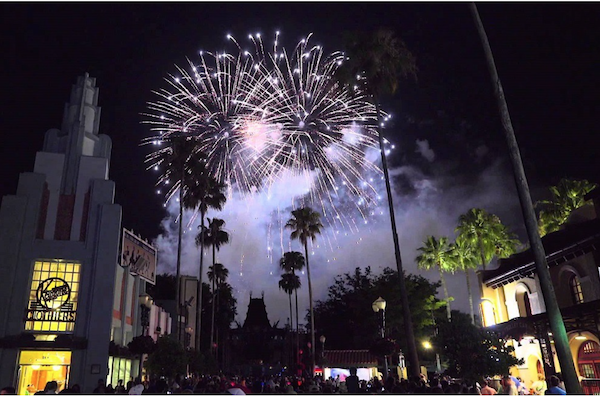 Symphony in the Stars: A Galactic Spectacular is presented nightly starting December 18, 2015. The show can be enjoyed throughout Disney’s Hollywood Studios and is subject to change or cancellation due to inclement weather.

Star Wars: Path of the Jedi

Tomorrowland Theatre plays host to this dramatic film which compiles the most awesome Star Wars movie moments to tell the tale of the Jedi Order’s fall and return. 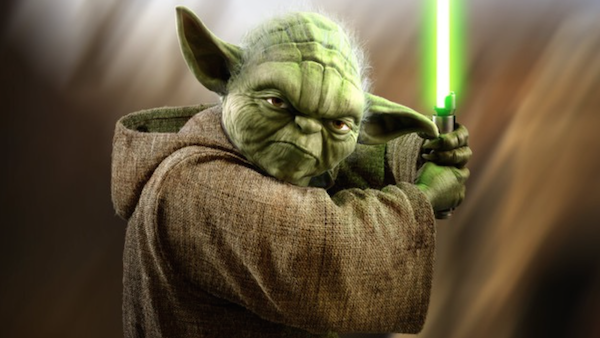 Consider it a 10-minute Coles Notes version for all Star Wars movies to date, and you can even schedule a FastPass+ to view it on your own time. Definitely a first-stop if you have a galactic novice in your party! (Although, nothing replaces 14 hours and 44 minutes of Star Wars movie fun.) 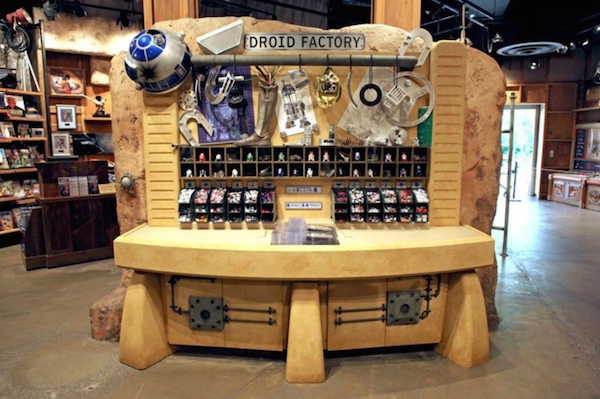 The exterior of Tatooine Traders is themed to resemble the buildings of Mos Eisley and Mos Espa. Expect to find exclusive The Force Awakens memorabilia in the coming months, including epic souvenirs you won’t find anywhere else in the world.

Jedi Training: Trials of the Temple

Watch younglings train in the ways of the Force and put their skills to the test to defeat the Dark Side… but move over Vader, there are brand new villains in town! The Seventh Sister from the popular Disney XD series Star Wars Rebels and Kylo Ren – the newest bad guy (and Darth Vader’s grandson!) – join Vader to duel with half the trainees. 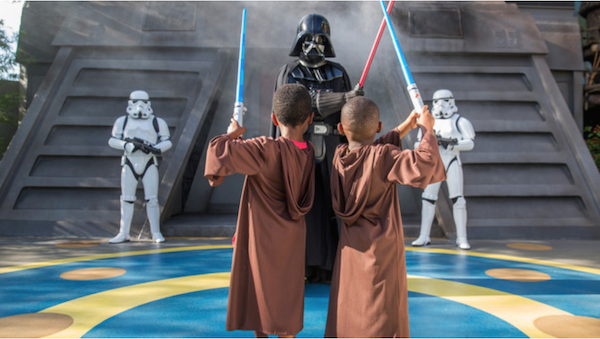 But it isn’t over yet… after each trainee has had their turn, the tyrant Darth Maul arrives, wielding his trademark dual-edged lightsaber. He confronts the Jedi Master’s apprentice in a choreographed battle that serves as the show’s new climax.

Your Star Wars adventure is only just beginning… even more is on the horizon! In the coming years, the Star Wars experience at Walt Disney World Resort will make the jump to hyperspace with the addition of a Star Wars-themed Land.

“At 14-acres in size, Star Wars Land will be the largest single-themed expansion ever added to a Disney theme park. The massive new land will transport you to a never-before-seen planet—a remote trading port that acts as one of the last stops before wild space – where Star Wars characters and stories come to life.”

Whenever you visit, it’s going to be a blast! Click here for more information about Star Wars at Walt Disney World Resort. You can also enter to WIN a $500 Star Wars Gift Basket!