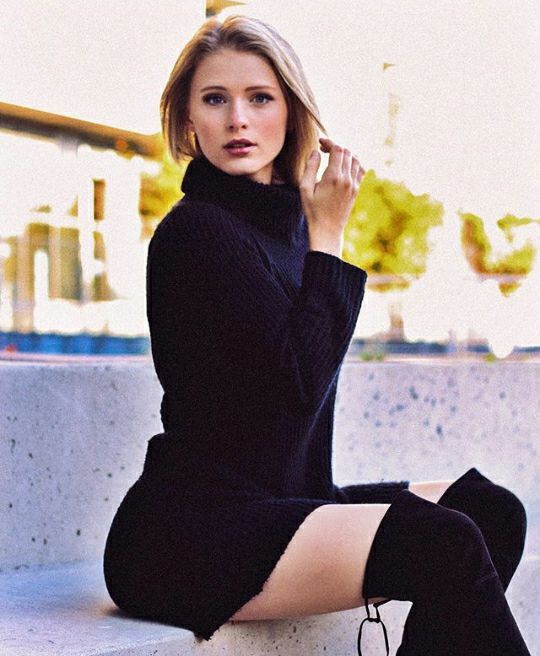 You can catch Kate Wheeler’s daughter, actor-dancer Alex Beaton on W’s The Good Witch. Having seen Alex perform as a wee child onstage at the Shaw Festival, I’ve seen her grow and work hard and develop a very cool body of work. The Next Step made her a star with a huge international following and now she’s taking more grown-up roles. She’s Ella In The Good Witch, a college student who looks after prospective students, taking Cassie (Catherine Bell’s) stepdaughter Grace (Bailee Madison) under her wing.  Alex ‘s character is missing her father and says she’s going to drop out. More to come, we hope.

For all his musical talent, great voice, songwriting abilities, charm, money, devoted wife and his many achievements, the overriding sense of David Crosby in Remember My Name is that he is a deeply unhappy man.  He admits that he wasted his life with addictions to cocaine and heroin and lost friends due to an addiction to adrenaline-fuelled anger. Indeed, the film depends on archival interviews with his bandmates in three supergroups: The Byrds, Crosby, Stills & Nash and Crosby, Stills, Nash & Young. They are all conspicuously absent in new interviews, as Nash once said, he “ripped the soul” out of them.  At 77-Crosby is allegedly near death’s door due to severe heart problems, diabetes and hepatitis but his memory is surprisingly robust and he’s a great storyteller.  A.J. Eaton asks tough questions and to his credit, Crosby answers sincerely. It feels final, as though Crosby wants to take back the bad, hurtful things he’s done and hear some applause as well.

The multi-award-winning Macedonian documentary Honeyland from Tamara Kotevska and Ljubomir Stefanov is a stunner. The filmmakers found Haditze Muratova by accident and the result is this heartbreaking, yet ultimately uplifting doc. She is an impoverished indigenous bee-hunter who lives with her severely disabled mother in a tiny mountain hut, no water electricity and no roads.  Sixty-something Muratova keeps her hives in remote rocks, trees and hidden land formations that she scales with ease, and sells the honey in the local market.  She’s forged a self-sustaining and happy life, but nomadic herders move in and destroy the area, killing her bees, leaving her destitute.  It beggars belief that this isolated woman could carve out a life and find relative contentment then have it turned on its head.  It’s the story of everywhere, destruction of nature by humans through carelessness and greed.

The multi-award-winning film festival hit Tel Aviv on Fire, directed by Sameh Zoabi, is now in theatrical release. It’s a defining moment in Israeli-Palestinian relations at street level, an hysterically funny modern fable of an underemployed Kramer-esque Palestinian who somehow becomes a TV soap opera writer on the phenomenally popular series Tel Aviv on Fire. It combines espionage and romance and pokes fun at the soap genre – should they end the season with a suicide bomb or a wedding? Or should the heroine get cancer?  Salam manages to solve each production crisis but meets his match with a border guard.  They make a deal; the guard can contribute to the plotting and he’ll let Salam pass through to the office.  The film’s astute and sometimes uncomfortably honest observations of the local zeitgeist are genius – politics, artistic egos, crossed wires and wars big and little offer plenty of fuel for fun. It finds infinite humour in the Jewish occupation of Palestine.

Free Trip to Egypt is one strange reality show. Tarek Mounib, a Canadian-Egyptian entrepreneur living in Switzerland wants to heal the gap between Muslims and the west towards peace in the world, so he set out on an unusual challenge.  He attended Donald Trump rallies in the US deep south and offered randoms all expenses paid trips to Egypt.  He found resistance and hatred but eventually, a few people accepted his invitation.  Cut to – a group of Trump fans – a beauty queen, a Christian pastor, a policeman, a retired couple, a single mother, a Marine who knows no non-whites, – in Cairo trying to wrap their heads around the culture and feeling a little off-balance. Some admitted to being xenophobes, racists and were unwilling to participate in activities Mounib planned.  The Christian pastor refused to make eye contact with Muslims, and a self-described racist Jewish woman, fell in love with the Egyptian people she met.  There were some uplifting moments and some real embarrassments, but overall it was intense, and a real eye-opener.

Netflix’ tepid new comedy Otherhood a comedy about moms ignored on Mother’s Day who plot to confront their errant sons wastes the talents of Angela Bassett, Patricia Arquette and Felicity Huffman. These suburban moms start out on the wrong foot, piling into an SUV, luggage in hand and showing up at their respective doors announcing they’re staying a while. Fine, they’ve been ignored on Mothers Day for years, but the sons are holding their own grudges. The moms lecture, clean up, cook and meddle, infantilising their boys who resent the intrusions and the opinions. Cue shopping, drinking, gossiping, attempting romantic setups, but things only worsen. The dialogue is beneath the pay level of these fine actresses, and it’s embarrassing to watch them going way over the top in an orgy of retribution, finger-pointing and self-pity. Net net – tell the truth and set a good example. And don’t forget Mother’s Day.

PBS American Experience Woodstock takes us back fifty years to White Lake, Bethel, New York where on Aug. 15 – 18th, 1969, a musical, cultural event took place that is forever seared in our memories and imagination. This truly engaging doc offers a different view of the festival, cameras turned on the audience, as they experienced something that had not happened before and changed the culture.  The sprawling, crowded, muddy festival of love and peace featured some of the greatest names in music including Richie Havens, The Who, Joe Cocker, Jefferson Airplane, The Band, Crosby, Stills and Nash … but not the Rolling Stones who are still probably kicking themselves for not performing. Jimi Hendrix’ Star-Spangled Banner told establishment just what the young people thought it in no uncertain terms.  We watch the 20- somethings who created this moment in time, running the festival facing incredible odds. 400K peaceful concertgoers took part in cultural history, no arrests, a few babies born and a lot of mud. It was a singular experience, and never before seen footage provides unprecedented in-the-crowd realism. Tuesday, Aug 6th. Check local PBS listings.

Martin Freeman and Diane Kruger star in the psychological spy thriller The Operative, available now on VOD and Digital Download. Yuval Adler’s complex tale based on Yiftach R. Atir’s book, The English Teacher features a female lead whose motives and character are nearly impossible to determine.  She is by nature suited to intelligence work, easily slipping from one persona, accent and nationality to another. She claims to Canadian but its unclear. She’s recruited by the Mossad to go undercover in Tehran and find a man involved with selling defective nuclear electronics to Iran. Soon she’s driving bombs into the country. Then things get really tricky. The film takes its sweet time, but it’s a slow burn with twists that’ll shock.

Lucy Lawless, everyone’s favourite Warrior Princess stars in the new 10-part Australian crime seriesMy Life Is Murder premiering Monday on Acorn TV. She’s Alexa Crowe, an ex-homicide detective now solving complex cases as a private investigator and boy, has this girl got guts!  She marches right into dangerous situations to get at the truth with help from her feisty intern, who incidentally wants to find Alex a beau. In the first episode, a woman has fallen from a 19th-floor condo balcony owned by a male escort.  So, she gets involved – that way.  She’s brilliant, strategic and opinionated, a terrific female TV role model. And she’s trying to get off coffee!

TIFF’s wide-ranging retrospective of one of cinema’s oddest masters continues this week. David Lynch: The Big Dream reminds us of the filmmaker’s power, through his surreal, funny, repugnant, engaging and always unexpected works. Plus, there’s a Twin Peaks treat! Here’s our mini-festival to entice you to head down to Bell TIFF Lightbox to see these gems on the big screen.

The Tribeca Film Institute in New York is offering a film festival on TFI’s YouTube Channel:

Dreams of the Jaguar’s Daughter by Alfredo Salazar-Caro a three-part Experimental VR Documentary where Achik, the spirit of young Mayan immigrant, recounts her dreams and memories journeying from Guatemala, and through Mexico to the Arizona Desert. It also follows immigrants during the 2018 Caravan, with 3D scanned portraits and 360 footage. 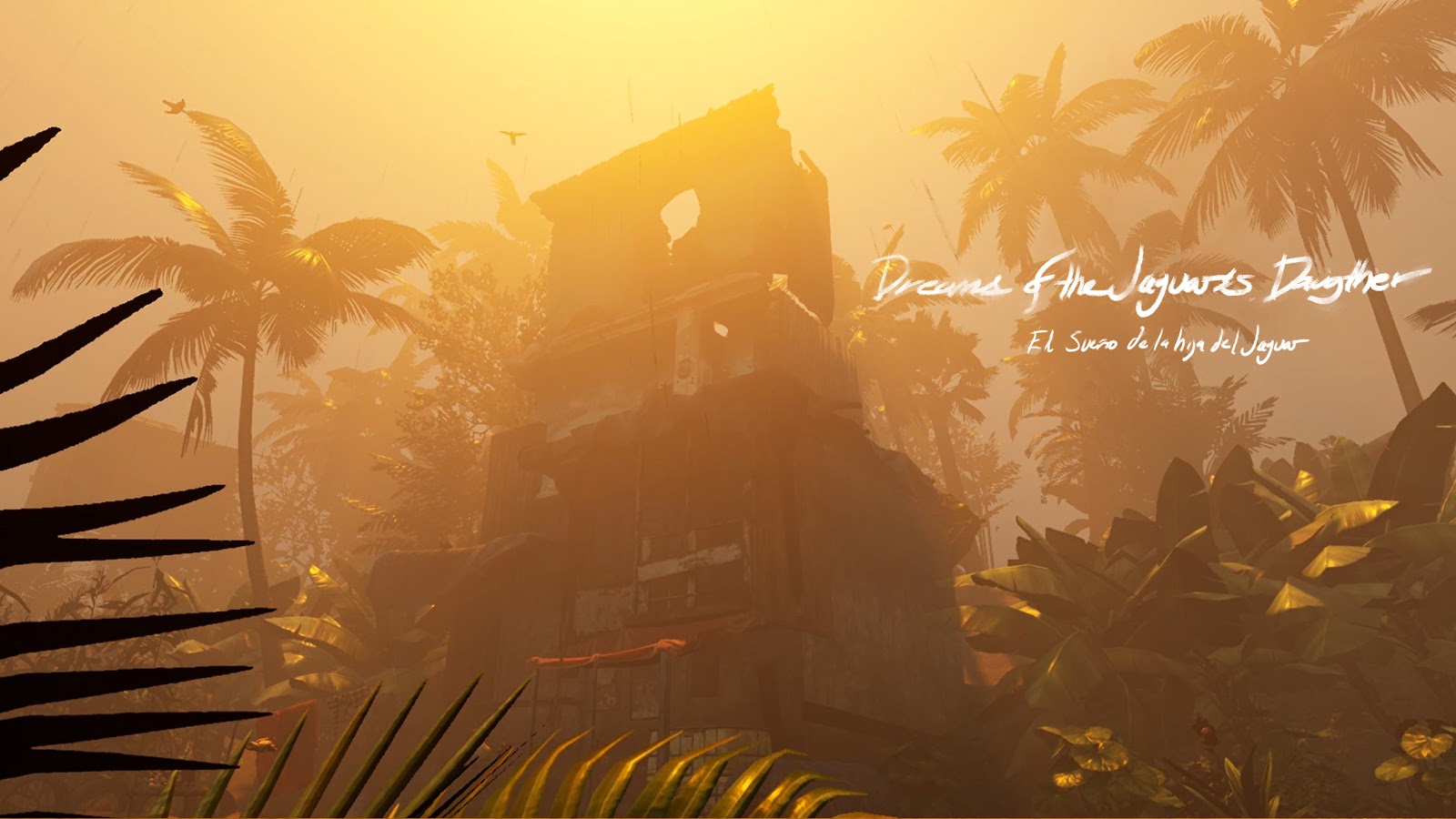 Rainforest by Milica Zec and Winslow Porter is a mixed reality experience exploring its wonders and threats, hopefully resulting in real-world impact on climate change by raising awareness, educating users and those leading the charge. 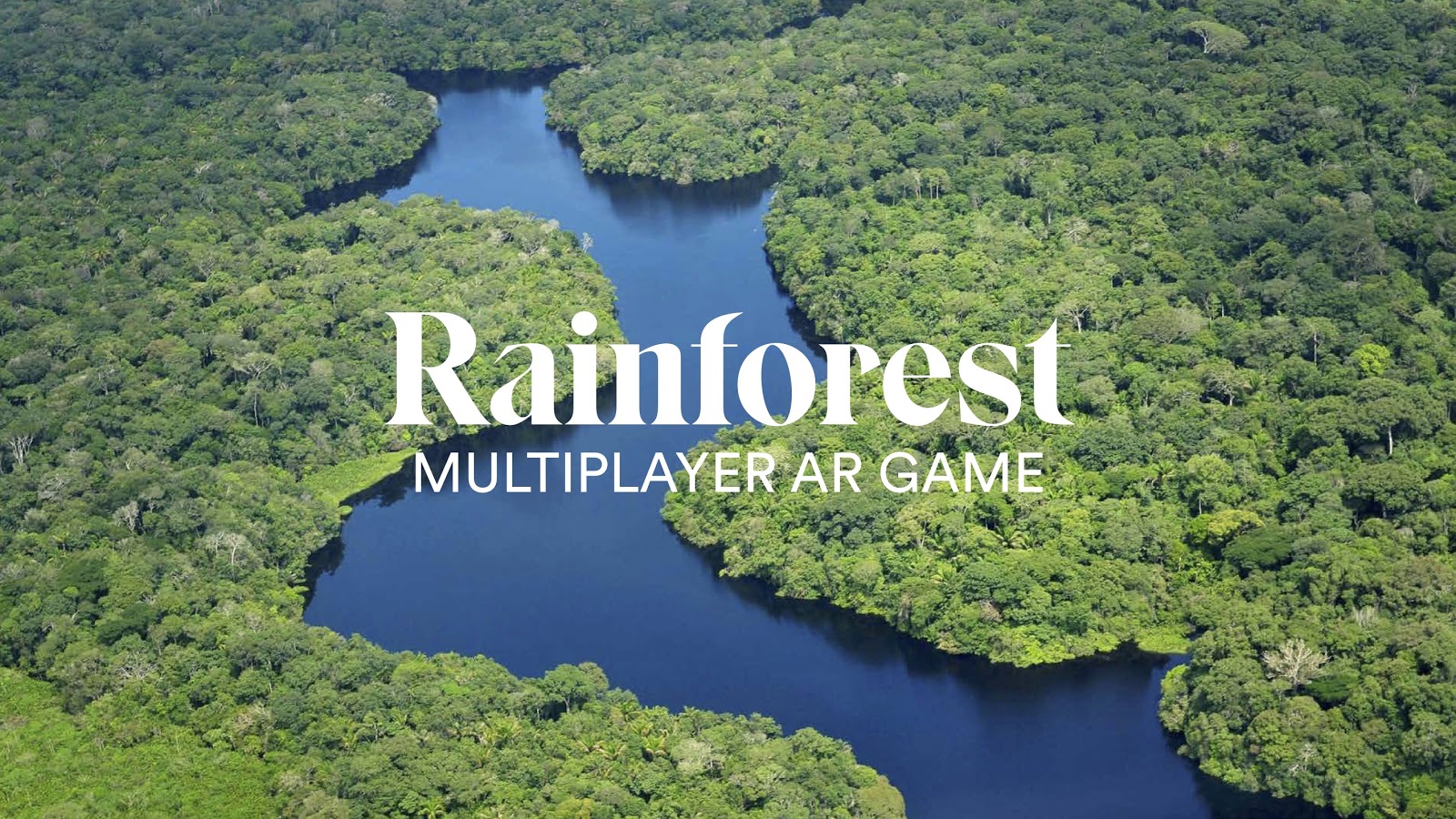 Haenyeo by Jaehee Cho. Experience the incredible world of the Jeju Haenyeo, mostly elderly female divers who harvest shellfish without oxygen.  The youngest Haenyeo, one of Korea’s amazing Sea Women, takes us through a day. They were added to UNESCO’s Intangible Heritage List in 2016 for their work diving in harsh conditions in a tradition dating back centuries. 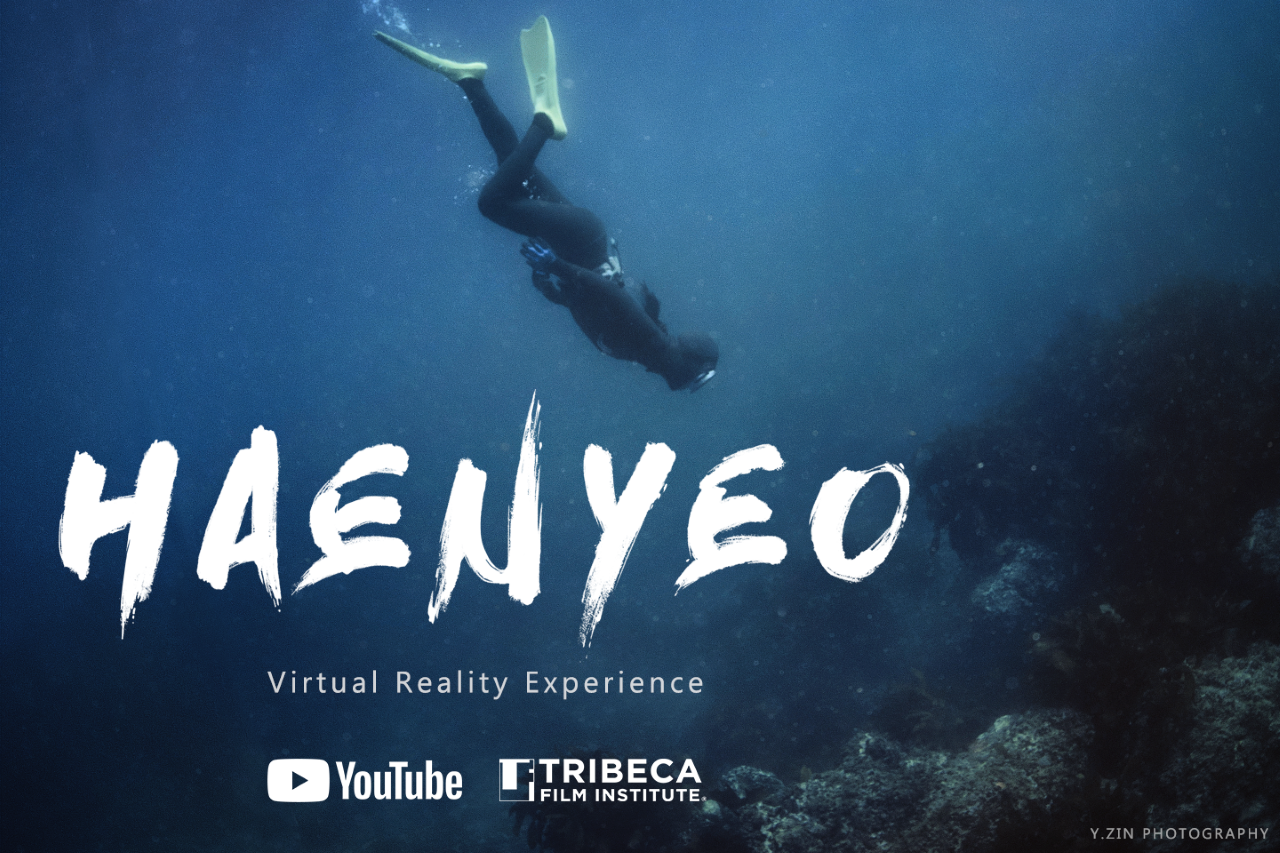 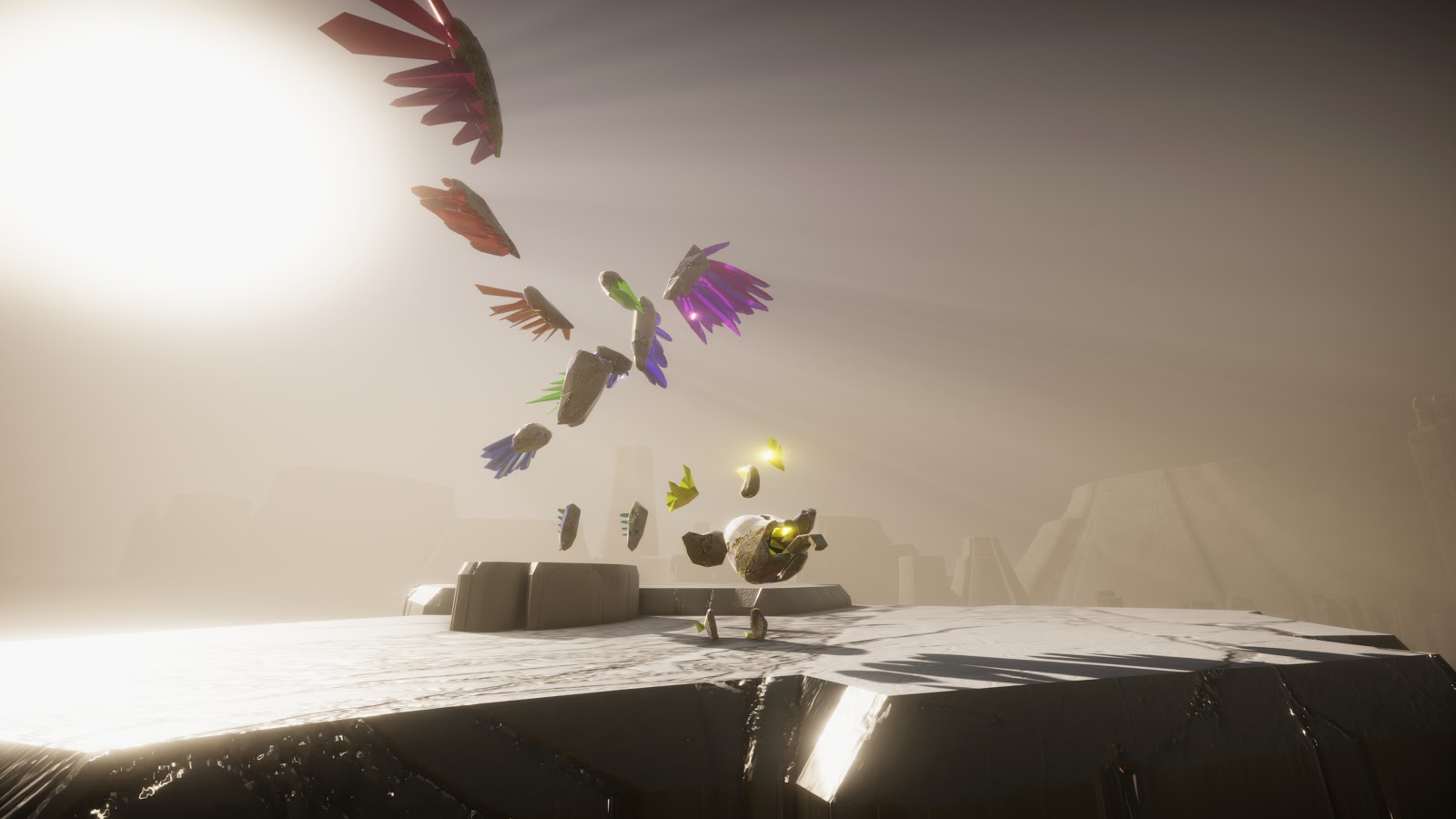 The Tribeca Film Institute is a year-round non-profit arts organization founded by Robert De Niro, Jane Rosenthal, and Craig Hatkoff in the wake of September 11, 2001. http://www.tribecafilminstitute.org