The blue whale is the largest animal that has ever lived, yet photographs of what they look like underwater are exceedingly rare. This is partly because our oceans are so vast, but mainly because they are an endangered species.

The BBC was so frustrated with having to make do with surface clips taken from boats that they funded a crew to try repeatedly for two years to finally get the underwater footage used in last year’s TV series The Hunt. The results seem magical, with skin so cobalt blue and matching the surrounding waters in colour that the 97-foot, 200 tonnes blue whale they found seemed to suddenly appear as if by magic, pass them by “like a freight train”, and then vanish into the blue just as quickly. 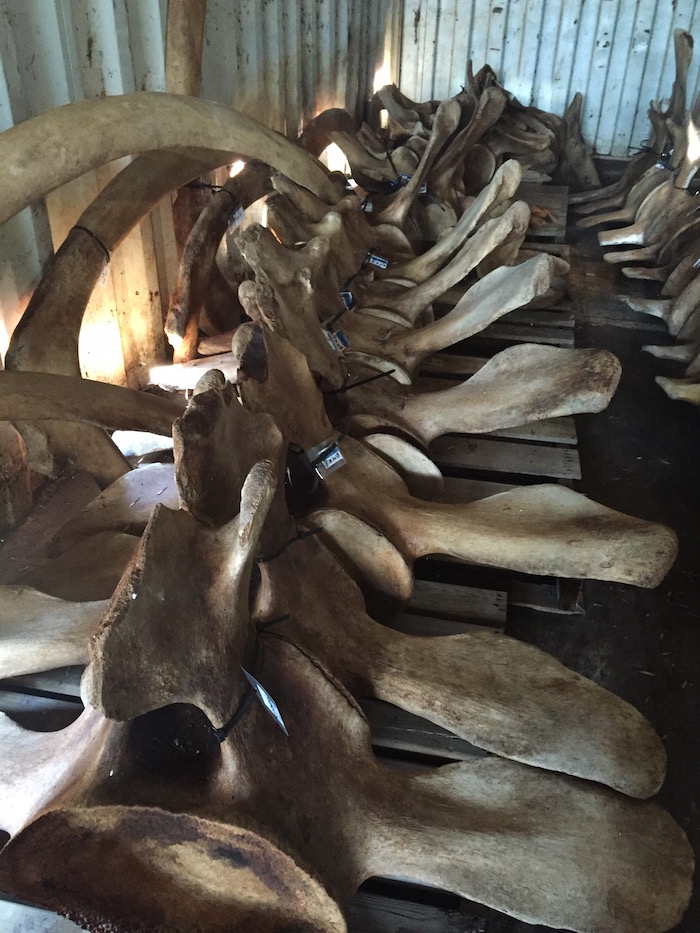 Everyone has heard of blue whales, yet we know shockingly little about them. How long do they live? How many offspring do they have? We know they eat krill, but how do they find them? Is it by sight, by hearing, by smell? We don’t know. Unlike other whale species, their numbers haven’t recovered since the moratorium on commercial whaling thirty years ago and again, we don’t know why.

So when nine blue whales washed ashore dead in Atlantic Canada in 2014 you can imagine not only the sense of urgency to find out what caused their deaths, but also the rare opportunity it presented to study the creatures up close and finally learn what we need to know to keep their presence in our world for future generations. 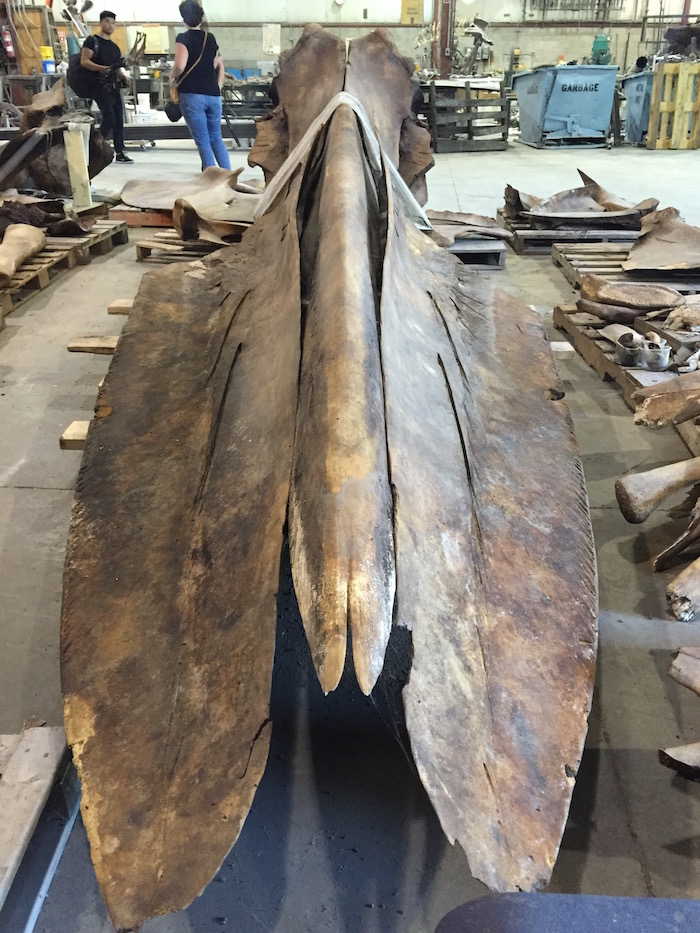 Jacqui Miller is among the Royal Ontario Museum scientists preserving and studying two of those bodies. “You might wait an entire lifetime to procure a blue whale skeleton” says Miller, “so we were very lucky in this.”

After using a manure compost to clean the flesh from the bones, the team is now bathing the skeleton in a de-greasing solution for better preservation while getting their first chance to assemble the skeletons and find some of the answers needed.

“These were adult females”, explains Miller, who estimates the length to be seventy-six and seventy-nine feet long. Arthritic lesions were found on the smaller of the two, signifying advanced age, “so she may have been an old female”.

Their digestive systems were full of krill, so they were healthy enough to feed, which puts their likely, but still undetermined, cause of death to entrapment under the closing ice that has claimed other blue whales in that same area during past spring seasons. 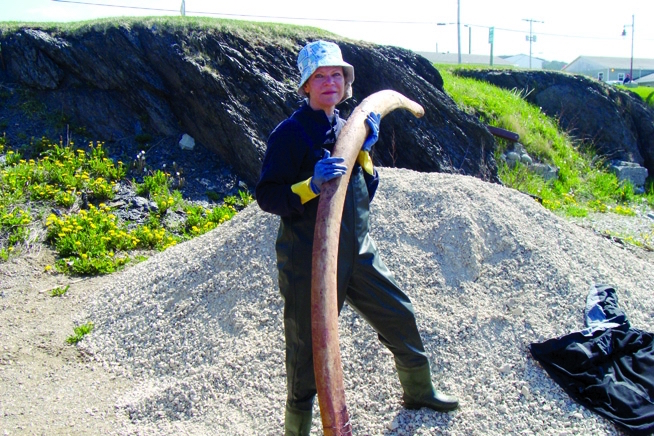 More insights will come from the preservation of an intact heart, “a first for science” says Miller, along with an earplug that can be used to determine age in whales. In addition to finding out how many times the whales may have given birth, the hope is through collaboration with other institutes that they will also be able to work out the role these whales played amongst other whale populations in Atlantic waters.

“Blue whales are pretty nomadic”, explains Miller, who notes that global estimates put their population at just 10,000. “They don’t occur in great numbers. Where they go in the course of their lifespan and in their annual migration, we still haven’t got a handle on.”

Jacqui Miller and her team will have until March next year, when one of the skeletons and the preserved heart will go on display at the Royal Ontario Museum, to unlock the answers needed to update the Blue Whale story, a difficult, but very important tale to share. 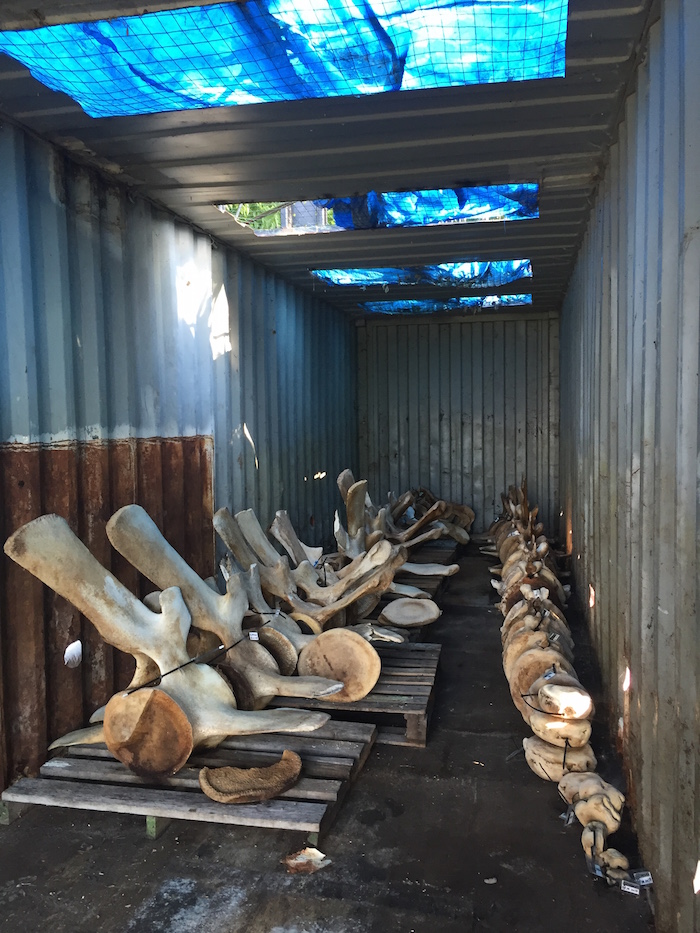 « What is the Cultural Mosaic of Toronto? The Music of 7SOULD Has the Answer!
Not a Jolly Week at the Movies. New Films September 2 – Reviews by Anne Brodie »