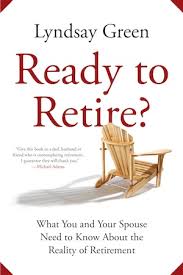 When men gain their identity from work, retirement can be tough. One of the retired men I interviewed for Ready to Retire? put it this way:  “There are is‘s and was‘s and now I’m a was.” I found in my research that this self-identification with work includes seeing yourself as a good provider for your family. Men remain attached to the role of breadwinner despite the fact that over two-thirds of families are dual income and about a third of women out-earn their partners. Even broader societal and cultural changes that encourage gender role fluidity don’t seem to have weakened this attachment – at least when it comes to retirement-aged men.

The stickiness of this self-image for my generation makes sense when I recall growing up watching the 50’s TV show “Father Knows Best.” As I wrote in Ready to Retire?: “There was the dad, Jim Anderson who worked as manager of the General Insurance Company, Margaret, the stay-at-home mom, and the three children, Betty, Bud and Kathy. I don’t remember ever seeing Jim at work, but at home he had it all – love, respect, power – and he didn’t have to do any housework, iron any shirts or prepare any meals.” Jim was the breadwinner and the undisputed head of the household. As children, this type of powerful messaging taught us what it was to be successful men and women. Talcott Parsons, one of the most influential sociologists of the 1950s and 60s, explained what was at stake for the men. “A mature woman can love, sexually, only a man who takes his full place in the masculine world, above all its occupational aspect, and who takes responsibility for a family.”

The younger men I speak with seem more open to dropping the obsession with being the breadwinner and to exploring other roles. At a recent gathering of family and friends I discussed this topic with a couple in their early 30’s, both lawyers, and the woman seemed much more committed to her career than her spouse. In fact, he was lobbying with her for becoming a house husband. He’d prepared a great meal that evening and was cleaning up, without being asked. “I could learn lots more recipes,” he said. “And you’d have  dinner waiting for you when you got home and a clean house.”  But there’s a long way to go before men can free themselves from the chains of old stereotypes. A recent article in the New York Times reported that about a third of adults in the US agree with the statement that “it is much better for everyone involved if the man is the achiever outside the home and the woman takes care of the home and family.”  In the 1970s, more than half concurred.  So this is a big change.