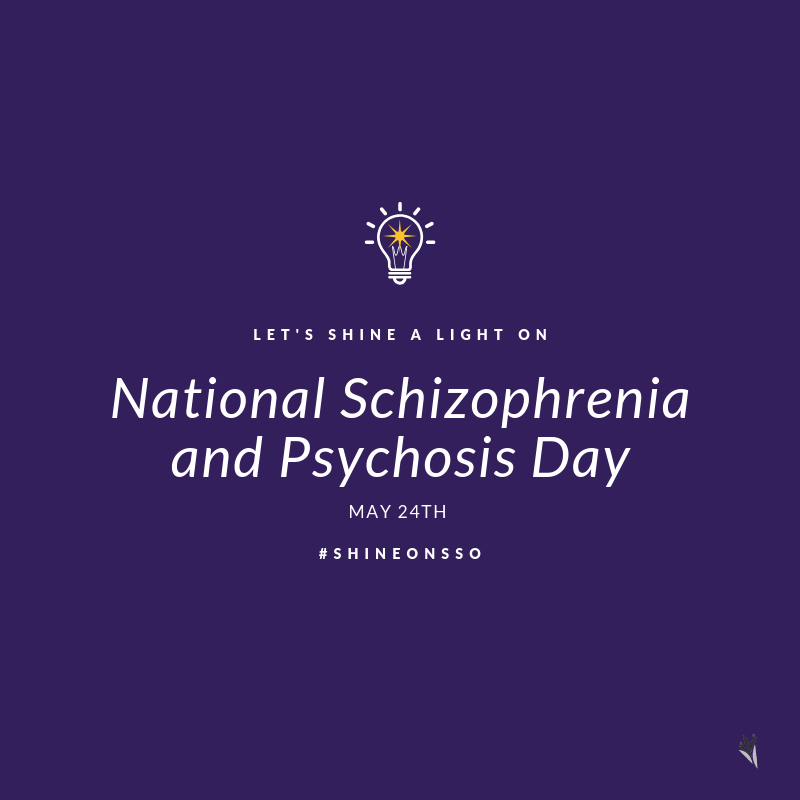 So much can change in 40 years, and that story of evolution and growth is one the Schizophrenia Society of Ontario (SSO) is looking to share this National Schizophrenia and Psychosis Awareness Day (NSPAD) as the society marks their 40th anniversary.

Started 40 years ago by Bill and Dorothy Jefferies, the (then) ‘Ontario Friends of Schizophrenics’ was launched in the basement of a church in Oakville because as caregivers, they found the level of support in their community was not enough. While additional support for caregivers and those living with serious mental illnesses is still something that can be improved in today’s health care system – more than 1 million Canadians live with psychosis and 140,000 Ontarians have schizophrenia – SSO has made major strides in bringing hope and improving lives since their inception in 1979.

“I often wonder how my life would be different if I got the help I needed at 17 instead of in my thirties,” says SSO Speakers Bureau Member Linda Monteith, an artist and advocate living with mental illness. “I want to start the conversation about psychosis and bring it into the mainstream to educate people.”

From supporting nearly 10,000 Ontarians annually through programs, services and events to helping thousands more through their province-wide counselling helpline, SSO touches the lives of tens of thousands of Ontarians each year. More importantly, SSO has created more supportive communities for caregivers and those living with schizophrenia, making an invaluable positive difference in their lives.

SSO has engaged in important psychosocial and biomedical research initiatives supported by the research fund established in honour of Bill Jefferies, leading to health and policy reform and better programs and services for those living with schizophrenia. While this type of system level change is key, the charity stresses the importance of community now more than ever. “We know that people with mental illness are best supported in communities in which they live – that’s what recovery is truly about,” says Ania Jones, Communications Manager. “People living with mental illness need to be recognized and included as members of our communities. We all need to look beyond the label of mental illness, to see the person and their potential.”

This is why SSO has four regional offices, including Toronto, nearly 20 staff and a network of more than 100 volunteers to help their community of support span across Ontario.

In an ever-changing mental health landscape, SSO CEO Mary Alberti, together with its Board, recognized the need for the evolution of the charity, launching its new innovation platform, the Institute for Advancements in Mental Health (IAM) in 2018. IAM is focused on redesigning society for better mental health. “Our vision is to collaborate both within and outside of the mental health system to inspire and lead the development of new ideas, solutions and services to better support people living with mental illness, and the possibilities are endless,” says Alberti.

SSO looks forward this May 24th, marking their first 40 years as just the beginning of their work of what they hope will lead to a brighter, more inclusive future for those living with serious mental illness, including improved support systems for both those living with schizophrenia and psychosis and for their caregivers as well.

Who: Schizophrenia Society of Ontario What: Media and influencer day to spread the word and raise awareness in support of National Schizophrenia and Psychosis Awareness Day

Why: Help shine the light on schizophrenia and psychosis! Join us to help raise the profile of this serious yet often under-talked about illness with a media and influencer event featuring interviews and talks with SSO guest speakers ranging from SSO staff and leaders, to CEOs and entrepreneurs, to medical professionals. In addition to this event, the Toronto Sign, The CN Tower, and Niagara Falls will all be lit purple and green as a sign of support for SSO, and a way to pay respect to all the bright lives and stories of those SSO has worked with over the past 40 years.

« Jennifer Podemski on APTN’s Future History
John Wick Back But, Farm Odyssey Steeped in High Drama, Mike Leigh’s Ode to the Poor, You’re in Space and Doomed and More for a Long Weekend »