Bryan Singer’s Freddie Mercury musical Bohemian Rhapsody revives that distinctive Queen sound that worked its way into our cultural consciousness and it’s still catchy forty years later. Rami Malek as Mercury has the onstage moves and that haute bearing as the embodiment of one of rock’s most influential front men. Singer’s take on Mercury’s tumultuous life is glossy and superficial but the film’s strength lies in its portrayal of Mercury’s, and the band’s talent. It’s Freddie the artist in the way he looked, spoke, acted, dressed, imagined, dreamed and performed. The film’s a sonic treat as it showcases those Queen anthems even as it sheds little light on Freddie. Malek an American plays the mannered Englishman persona – the immigrant, closeted gay, love starved and aesthetically oriented peacock.  His fallouts with the band and the creative process of honing a persona he could live with, entertaining the fans and achieving something that finally makes his stern father proud is lightly sugared, a tad Hallmark-y. Don’t look for great cinematic meaning or a bare-knuckle biopic; this is not that kind of movie. It’s the music, plain and simple. Queen member Brian May plays appears in a cameo as an audio mixer and Mike Myers has a priceless cameo that I dare you to identify.

Veteran American actor Mackenzie Foy landed the plum role of Clara in Disney’s The Nutcracker and the Four Realms as a seeker in a plotline with horror elements from E.T.A. Hoffmann’s “The Nutcracker and the Mouse King”. This is not your standard Christmas movie. It has little to do with the family friendly Nutcracker Ballet by Marius Petipa. It’s Christmas Eve in Victorian London as Clara’s family mourns the loss of their beloved mother and there is no joy. Father (Matthew Macfadyen) gives the children special gifts their mother left for them.  Clara’s filigree silver egg has “everything she needs” but no key for its complex lock.  Clara’s search for it leads her through a fantasy into the Four Realms where tribal warfare rules, and The Mouse King and Mother Ginger (Helen Mirren) terrorise mere mortals. Clara joins in and proves herself an excellent strategist (and parkour athlete), aided by the handsome young Wooden Soldier (Jayden Fowora-Knight), and lessons from godfather Morgan Freeman. American ballet sensation Misty Copeland performs in what may be the only traditionally Christmas moment. Keira Knightley looks sweet as lilac cotton candy as the Sugar Plum Fairy, but hers is the heart of darkness. This is not the gamine KK we know; she goes for broke in her cloying outer sweetness and in her true nature – shrewish, cunning and wicked. Lasse Hallström and Joe Johnston co-direct this dark and decidedly un-holiday-ish outing.

Science Fair will give you hope for the future! Seven million international “teenage science geeks” entered local science fairs in 2017 and of those, 17 hundred went on to compete for the prestigious but mostly known International Science and Engineering Fair (ISEF) in LA. There will only be nine winners. Directors Cristina Costantini and Darren Foster travel the world to meet ambitious, bright and unstoppable entrants, from Brazil to Germany to parts of the US and beyond to discover what makes them tick. A girl from an impoverished background came up with an idea to combat the Zika virus that devastated her community, a fellow from Germany dreamed of re-creating a motorised winged flier, a boy from West Virginia scoured local refuse dumps for electronics parts to build a learning machine while a trio of pals invented an instrument to detect illness. We marvel at their intelligence and will to succeed and our hearts are in our throats as they go through the application and preparation processes, and arrive at the final competition in Los Angeles. The drama, exhilaration, defeat, wins and spectrum of emotion is real. The outcome matters as these teenagers will certainly help shape our futures. Its striking that most high school have cases devoted to sports trophies and awards but rarely is there case for science winners.

South Korea’s Oscar contender Burning from Lee Chang-dong simmers, inflames and explodes as it takes its sweet time. It seems counter-intuitive but it works, reaching a place of richness and mystery that gets under the skin.  Jongsu (Yoo Ah-In) meets Haemi (Jeon Jong-seo) who has a few quirks, and he comes out of his isolation.  She’s tricky and keeps him on his toes; he has never seen the cat he’s feeding while she’s in Africa.  She returns with the cocky, well-to-do Ben and the balance in her relationship with Jongsu collapses.  Ben boasts about burning down greenhouses, but Jongsu finds no proof except in his nightmares.  Haemi disappears; her cat turns up in Ben’s apartment with her pink watch.  Jongsu trails him culminating in a nerve shredding sequence by a lake and arranges a face to face to discuss Haemi. The film stays and stays, as you review its subtleties and decide it needs to be seen again. The score is topnotch. At Lightbox.

Spying on Animals, produced and directed by award-winning filmmaker Scott Harper premieres Sunday night at 8 on CBC’s The Nature of Things. You think our cities are loaded with surveillance cameras designed to follow our movements. Well that’s nothing compared to the massive network of equipment trained on animals in the wild. This special is special thanks to the intimacy and variety of images capturing wildlife in all its aspects. That’s because the world has become a studio requiring no on-site humans, shooting pictures on a 24/7 basis. It’s fun to see them doing what they do, but the vast amount of information gathered is teaching s things we couldn’t have learned previously. Drones are capturing whales in the Arctic, animals fitted with collar cameras revealing their migration habits, herd size and other invaluable details to help preservationists and scientists in their studies. Motion detection cameras, camera traps, robotic animals and other “spy” techniques determine how landscape and animals interact. One study that seems cruel on the surface uses cameras with audio playback with animal sounds to study fear and the effect predators have on an entire ecosystem. Says Craig Packer “An ideal outcome 10 to 15 years from now is we have a really good view of what’s going on. I think the ultimate power of these cameras is that you’ve got hundreds of eyes out in the field that are collecting information. And you have literally hundreds of thousands of eyes looking at those photographs that are all part of the scientific program to say this is what’s happening, this is how well this area is being conserved.” For more information, you can check out the project here: www.zooniverse.org/organizations/meredithspalmer/snapshot-safari

The sixth and final season of House of Cards has launched on Netflix as Robin Wright’ Claire Underwood is 100 days in as the 47th President of the United States. She’s under intense scrutiny in a violently divided nation (sound familiar?) and keen to install a female Vice President. Daily graphic death threats from misogynists and anti-Semites don’t scare her. One in particular stands out.  VP Campbell Scott urges her to cancel a Fourth of July appearance at a military academy celebrating America’s 240th birthday following a credible threat from the base. She refuses. She has few allies, but has this to say “The first female President of the United States is not gonna keep her mouth shut!” Meanwhile, Michael Stomper is at the rest home plotting to carry on her husband’s legacy and waiting for her to offer him a position. Diane Lane, Greg Kinnear and Patricia Clarkson ably co-star.  Sadly just eight episodes! I’ll miss Madame President’s to die for tailored suits.

Out on DVD Tuesday, Spike Lee’s stinging and hilarious rebuke of racism in BlackkKlansman, his most accessible, fun and mainstream film since the early days.  It’s tongue- in-cheek, sassy and smart, an entertaining retro fable starring John David Washington, Denzel’s talented son in a fab ‘fro. He’s Ron, a canny detective whose quick rise in a 70’s’ police station in a small Midwestern town is unexpected to say the least. Law enforcement isn’t exactly populated by liberals and the local hero is KKK leader David Duke (Topher Grace).  Ron sets in motion events that allow him to infiltrate the local KKK chapter with the help of his Jewish partner (Adam Driver) and incredibly becomes its leader. Crazy funny and at times and gripping. It’s a kick in the pants of ol’ boy politics as the civil rights movement began to look like something the “majority” feared. This is irony at its finest in the age of Trump and Lee nails it. Very satisfying.

Cate Blanchett will star in Mrs. America a limited series for FX, from the folks who brought us Mad Men, following the movement to ratify the Equal Rights Amendment in the US and the unexpected backlash. Blanchett will play ultra-conservative activist Phyllis Schlafly as she battles progress and feminism versus second wave feminists Gloria Steinem, Betty Friedan, Shirley Chisholm, Bella Abzug and Jill Ruckelshaus. FX says “the series explores how one of the toughest battlegrounds in the culture wars of the 70’s helped give rise to the Moral Majority and forever shifted our political landscape”. It’s Blanchett’s first American television show. 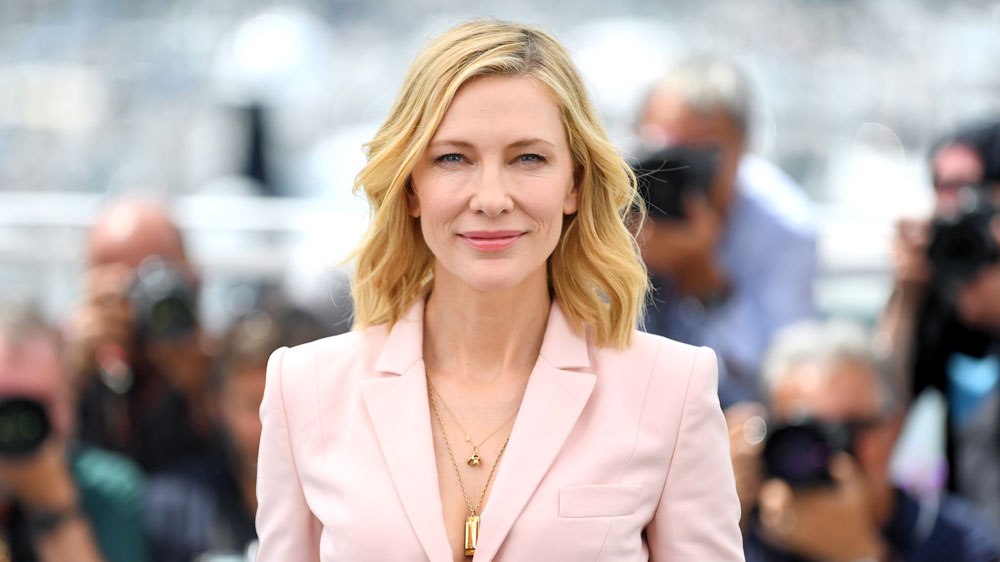