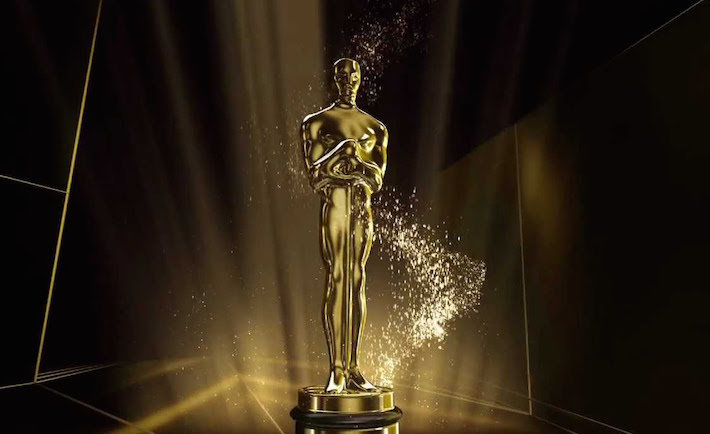 The love for these folks is about as strong as America’s apparent hunger for Donald Trump, and as unstoppable.  It’s not often that fans and critics are as deeply connected to an Oscar outcome as they are for Brie and Leo, but it seems a cinch.

This is DiCaprio’s fifth nominations, no wins so far. Meryl Streep has nineteen Oscar nominations and only 3 wins. Betting on Oscar outcomes is a mug’s game most of the time.

Public sentiment holds no sway over Academy votes. Daniel Day-Lewis won Best Actor in Lincoln and Bradley Cooper, much ballyhooed for his work in Silver Linings Playbook and huge popularity at the time, didn’t.

A tidal wave of support washed 12 Years a Slave and No Country for Old Men into Oscar history but the same kind of wave didn’t help the box office record holder Avatar, the beloved Fargo, Boyhood or the genre bending Crouching Tiger, Hidden Dragon that enthralled people.

As they say, it’s not over till the Fat Lady sings.

Oscar voters are considered older, mainstream and slow to change in comparison to voters in other awards.  And as we learned recently, some don’t see all the nominees, even though they have screeners mailed to their homes.

This year, as the #BlackLivesMatter movement grows, somehow, all the nominees in all acting categories are white. How do we, as a progressive society, explain that one? It starts way before the awards. It starts in the boardrooms and agents’ offices and casting offices and before that. So there will be protests.

There sure should be.  Use the Oscars for social change! It’s remarkable how relevant awards season has become lately. It’s a battlefield, a thing to boycott, a symbol of complaisance and an otherworldly fashion show.

Speaking of which it’s ridiculously luxe, considered “aspirational” for viewers who can’t afford a dress at Wal-Mart let alone Balenciaga.  It has water cooler heft – maybe the most heft of any event of the year. And then *poof* it’s finally over.

Suddenly everyone on the planet (ironic) has opinions, insider knowledge and a dog in the fight.  It’s pretty ludicrous when you think about it, but films are such a strong part of our society, nay, our DNA. That’s life.  Remember when religion was the opiate of the people? Now it’s whatever’s on the screen now.

I love movies, they are my livelihood and lifelong passion, but the Oscars and what they symbolise really do boggle the mind.

I want to see great work rewarded and love the art of movies but this single broadcast, seen live around the world is more than three hours of gushing and fawning and the larger-than-life hullabaloo that means nothing and strains the patience.  Spectacle for spectacles sake,

Don’t get me wrong, it’s all fun and games and a big ‘ol televised party.  It’s a movie Moneyball and carnival and spectacle. But let it go at that. It’s a mere distraction. It’s no great movie.  I care not who wuz robbed, snubbed, finally honoured or is a lock. These are mere momentary curiosities, gossip, illusions.

It’s the movies that count.

[All the same, I think Brie and Leo are locks, don’t you? And I am simply DYING to see what Blanchett’s going to wear.]