Kuessipan (“to you” in Innu) is a beautiful and heartbreaking story of childhood friends in Uashat May Mani-Utenam, Quebec, a remote Innu community. Myriam Verreault directs local first-timers/non-actors including Sharon Fontaine-Ishpatao and Yami Gregoire who play Mikuan and Shaniss. They’re weathering the storms of impending adulthood, their dreams for the future and pondering leaving or staying. Their divergent dreams bring friction and deeper understanding in incredibly heartfelt ways. Bring your tissues. It’s based on Naomi Fontaine’s award-winning first novel and shot in three languages – French, Innu and Montagnais.  I spoke with Innu-speaking Gregoire and Fontaine-Ishpatao, who translates, during the Toronto International Film Festival.

I understand that neither of you have any acting experience, but your performances were superb.  It seems to have been easy for you.

I think we just like, opened up, observed, and we trust each other for this.  And we weren’t scared of being, like, you know, doing something too much and just being vulnerable and showing up our things.  And, it was just trusting herself too.  This experience is just showing us that you can do anything, pretty much.

Because you were both so relaxed, that was incredible for two beginners.

I don’t know too.  Brigitte helped us a lot with, like, keeping concentration and things like that — and I don’t know what to say.  It came out so naturally and, like, we always did this.  It was a natural thing that we didn’t know. 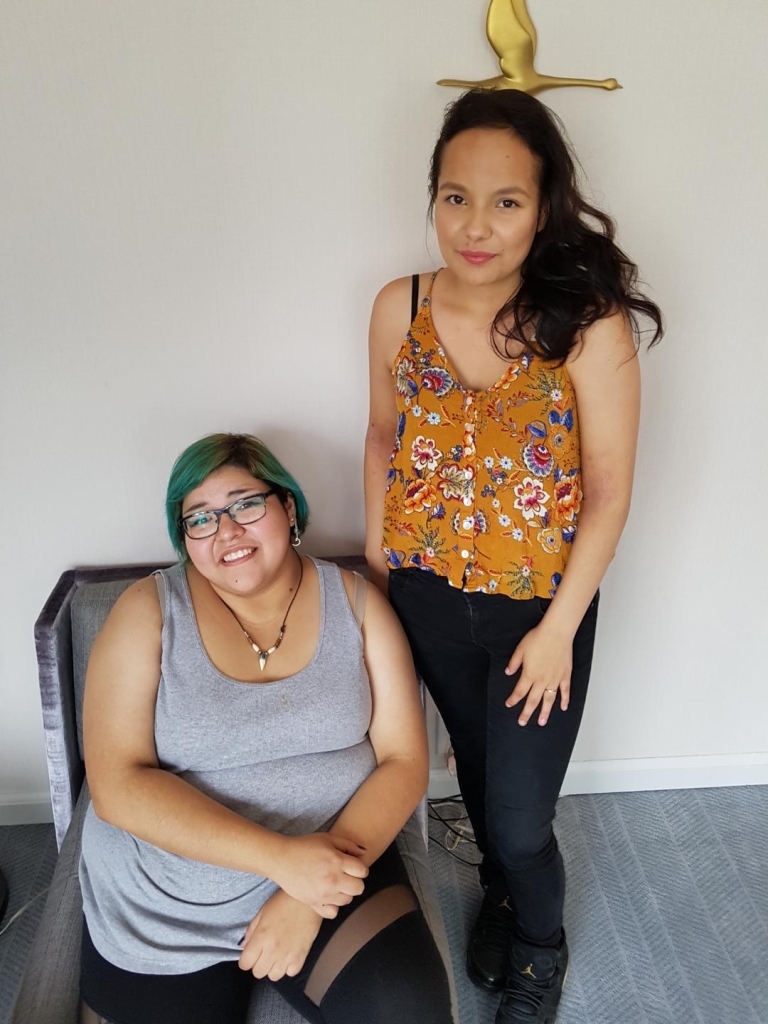 So, did you improvise at all or did you stick to it, or what happened?

It was a mix of it.  We first off start with the text scenario, and then when something didn’t sound quite right to us or to the director, we just said the way we think, yeah, what people will say to our — how we would say it, and it just came out so natural.  And so, the openness of Myriam just helped us a lot because some directors are just like, “No, you have to say those words in this particular order.”  And I think this is the liberty that Myriam gave us that helped really a lot with our acting.

That’s amazing.  Yami did you find that you were like Shaniss or very different?

Yamie (translated by Sharon) She sort of identify to Shaniss, but with some little difference.  Like, Shaniss cannot be like an exact same person, but she — that’s really what she said.  She just said that.  Shaniss looked like her, but, you know, she still has herself.

Right.  Does she have a hot temper like her character?

Such a hot temper.

Yamie? (translated by Sharon) Yes!  She is like her, really hot-tempered, just stands for herself and, you know, it’s just like some kind of warrior somehow.

Shaniss is not going to take any nonsense.

As someone from the south, I love how tight-knit your community is.  You’re off to university in the city, Sharon but do you miss home?

I miss it because when I was in Quebec, it was so different and school was different, and I’m not used to this kind of cold and exclusively professional relationship. And you know, that’s something that I had to fit in the mold, I would say. It didn’t feel natural, but you sort of get used to it, and so I’m sad, but that’s it.

I really live in a white people society and even if we didn’t want to, we are still a minor really.  And that’s how it works.

Yami are you still living at home? 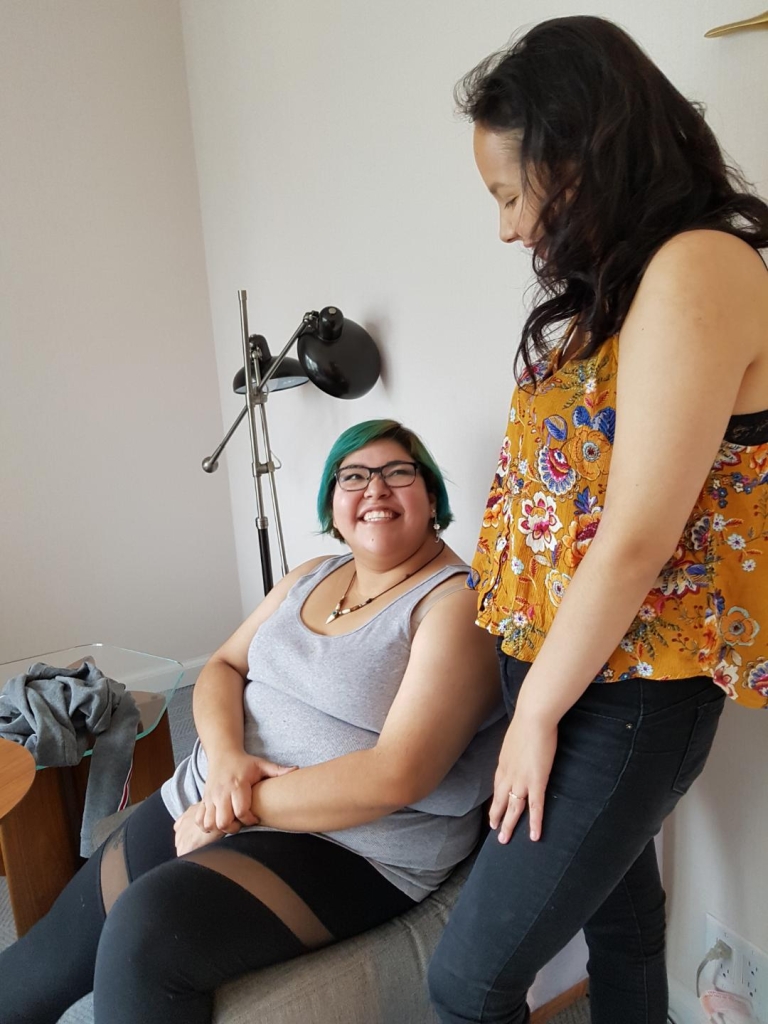 Did you have any suggestions for the director?

We just sort of proposed some stuff like, maybe instead of saying this that way, maybe we could try, say it this way, and that’s pretty much what we would talk and maybe much like for costumes and stuff like that.  And I think there was something that we — I didn’t even told Myriam, but it was between Francis and Mikuan, their first kiss.  And she doesn’t know how to bring this up, and I think the makeup of you know, as a joke, and when you see the movie, it’s like — I don’t know, it fits well.  It works so much in a light way, not like degrading stuff, it’s just like a fun teenager.

Yami you shot in your hometown, so you know all the people.  Was it a real community event?

(translated by Sharon) Pretty much.  She wants to say that everyone pretty much knows what’s going on, the movie and all because we are a community that talks a lot to each other.

Right.  I see that in the film, yeah.

So, we didn’t have to introduce stuff, it was just like some — like, the news just traveled from a house to another to another and just making some web.

Did anyone try to get in the shots?

There is like a lady that just showed up.  We were in the middle of the scene, and me and Yamie was just like — I don’t know, I think we were taking a break, and this lady just showed up in the room and was like, “Oh, hello.  How’s it going on?  I saw the movie.  I know.  It’s so natural, like, nothing matters,” and it was so fun because she was the only one pretty much talking.  Everyone was just staying silent because we knew that someone is just like showing off. It was so funny. 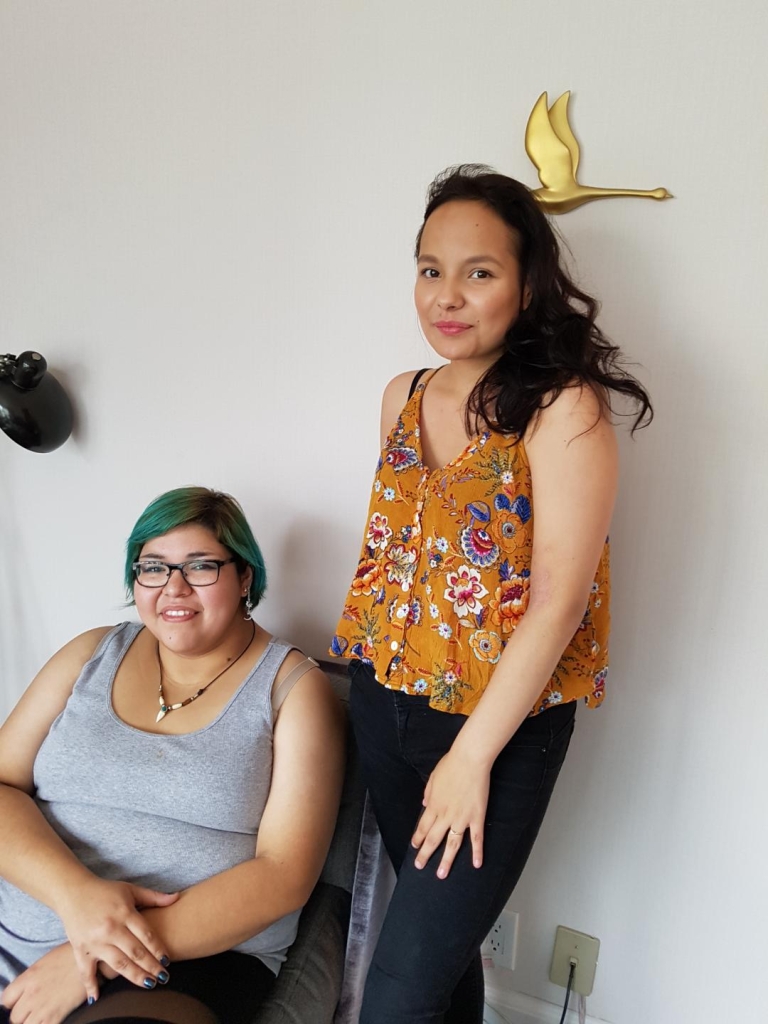 People don’t usually knock on the door. They just enter randomly.  And when I left Quebec, my girlfriend at home and her roommate was just like, “What the **** is she doing?  She isn’t knocking or something.  She’s just entering like that.”

I’m really impressed by the amount of indigenous filmmaking now, like Zacharias Kunuk way up north. It gives us a view of life outside our own.  Do you see a lot of these films?

I’m seeing a lot of movies online, but I do see that there’s like a big wave of native creators and just native projects that’s just showing how life is.  And it’s beautiful because for the past, just like, keep our voice shut down.

And there have been so many indigenous projects at TIFF and throughout the year.

Yeah.  It’s like a tsunami going to you.  It’s about because I think we stayed silent so long.

I hope the two of you have a great time in your chosen paths.  And I hope to see you in more movies.  Thank you. 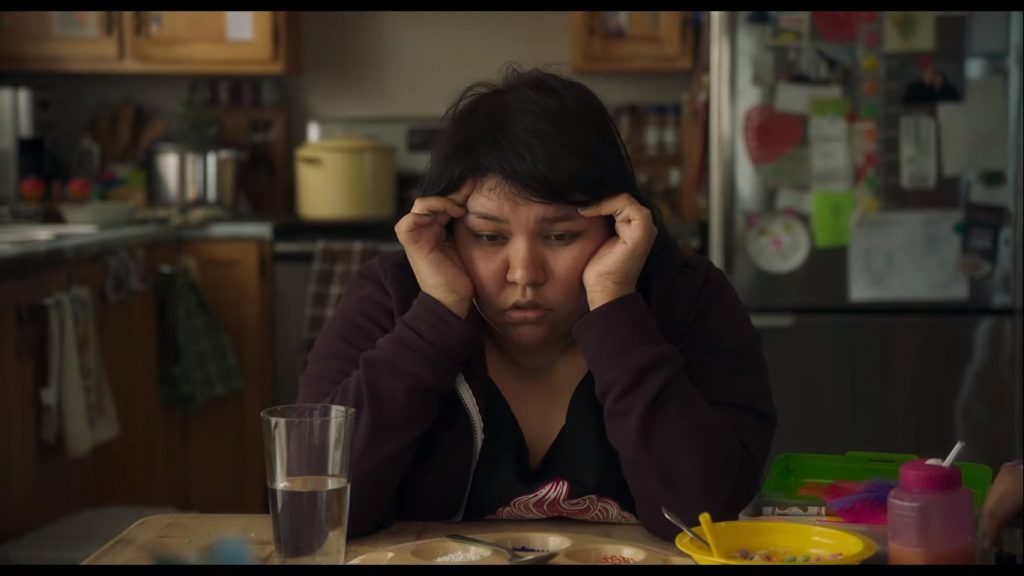