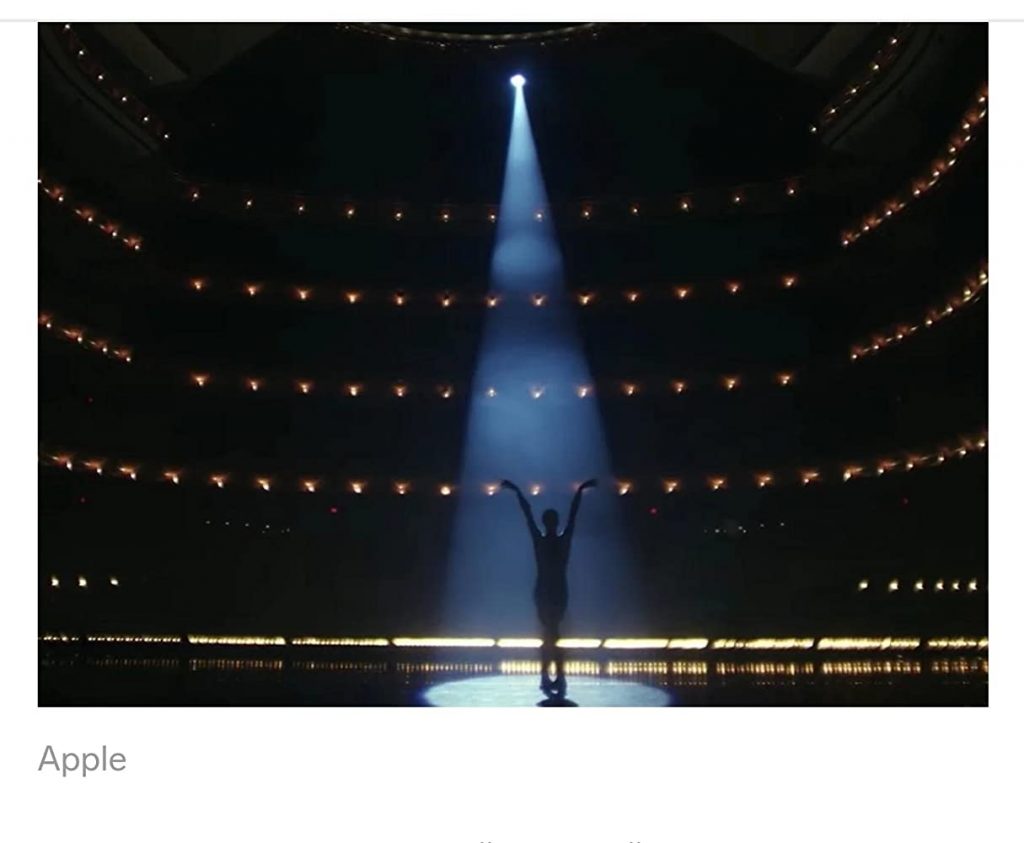 Toronto activist Hannah Alper is seventeen years old, and she’s a world-renowned global activist. Let that sink in. At nine, she launched her blog Call Me Hannah and since that time has given a Ted Talk, spoken at 37 WE events and is the hopeful heart and face of Canada’s youth movement. Hannah joins young activists Cooper Price, Sophia Mathur, and Charlene Rocha in YTV’s documentary CitizenKid: Earth Comes First airing June 5th on United Nations’ World Environmental Day. See them break down barriers and tackle issues with a sense of purpose and joy, attending rallies, setting up youth arts events and travelling to meet young people in Ottawa and Washington D.C. and speak with politicism, elders and artists to get their commitment. Instagram: @ThatHannahAlper Twitter: @ThatHannahAlper.

Damon Gameau’s environmental doc 2040 inspired by his 4-year-old daughter’s concern for the planet she will inherit looks for answers around the world. He speaks to 100 children to discover what they hope the planet will look like in 2040, we make mainstream use of the best conservation options available to us now. Gameau for answers from specialists in climate, economics, technology, civil society, education, agriculture, and sustainability.

Leonardo Di Caprio and Fisher Stevens partnered on an environmental doc with a unique spin … of wheels. Hulu has And We Go Green a behind-the-scenes world tour with the newly developed and increasingly popular ABB FIA Formula E race.  That’s “E” for environmental and electric. These technological marvels rely on powerful state of the art batteries and keen driving skills as they are highly responsive to the slightest touch; that means relearning to drive and facing all-new challenges. The doc follows the top drivers most notably rebel Jean-Éric Vergnein as they jump into the sports new age. The camaraderie, brotherhood, competition, antagonism, and the necessary ego it takes to get to the top are all present and also in the backers who are their own superstars.  Follow the fun to Green in Rome, Marrakesh, Tokyo, Hong Kong, Mexico City, Uruguay, Berlin, Rome, Paris, Zurich, New York, city centre racing as its edgiest.  The visceral thrills watching and feeling the races is amazing, almost as much fun as the rivalries.

Apple TV+Original Docuseries “Dear…” is a profoundly felt 10-part portrait of gratitude and grace, from filmmaker R.J. Cutler. Oprah Winfrey, Gloria Steinem, Spike Lee, Lin-Manuel Miranda, Yara Shahidi, Stevie Wonder, Aly Raisman, Misty Copeland, Big Bird, and more iconic figures have changed the way people think and feel, and the cultural landscape. They are special people who’ve inspired so many. And Dear…  allows them to receive their admirers’ love and stories. Cutler pairs the celebrities – leaders in their fields – with ordinary folks who have been so moved and changed by their work that they were inspired to write them. Watching the fans describe what their hero means to them, and the celebrities receiving and accepting their love is soul-stirring. Dear… is produced with extraordinarily cinematic values which only heightens its beauty and emotional resonance. Personally, the Big Bird segment moved me more than any film I’ve seen this year. Crying again watching the trailer.

What can’t Elizabeth Moss do? The woman is extraordinary, morphing into diverse characters making each, fresh and lifelike and lifting word in scripts to vivid reality. Moss takes on renowned American horror writer and eccentric Shirley Jackson (The Haunting of Hill House) in director: Josephine Decker’s Shirley, based on Susan Scarf Merrell’s novel. Jackson and her husband Professor Stanley Hyman (Michael Stuhlbarg) take in a young couple (Logan Lerman and Odessa Young) to do housework and garden work in exchange for free room and board in their grim, unkempt Victorian. The kids soon realise their landlords are abusive, alcoholic, and manipulative, constantly ready to tear one another apart and break them down; it’s a pattern that seems to have worked for them, as painful as it is. To keep their lodgings, the now pregnant couple plays along and makes exceptions and they begin to change for the worse. Jackson’s working on a new novel based on a local real-life missing teenager as the mood gradually darkens, her husband’s jealous of her success; brooding disruption and cruelty overtake them in this study of emotional and psychological brinksmanship glued together by Moss’ excellent work as this loathsome creature.

Mia Wasikowska and Damon Herriman are the titular Judy & Punch a bizarre tip of the hat to the traditional marionette show dating back to 16th-century Italian commedia dell’arte. Most familiar to British children, it features the husband and wife team who routinely beat each other up, kill intruders and create chaos. Both funny and terrifying for children, this kind of puppet show has largely disappeared.  Ok, to a timeless era in Seaside, in the mountains, where the human Judy and Punch hope to revive their careers as entertainers. Life is rough, unkind, and brutal and their shows are welcome – if sadistic – distracting hits. Trouble’s afoot. Punch is a drunk and Judy, now with a baby, tries to reign him in. A terrible accident occurs during one of his binges and he must pay. Writer-director Mirrah Foulkes’ feminist fairy tale is most unusual. Just as episodic, heightened, melodramatic and violent as the actual shows.

Mike Bartlett’s chilling and timely three-part psychological thriller series Sticks and Stones, available on BritBox tackles racism, bullying and gaslighting in the workplace stars Ken Nwosu as a black business sales leader. He’s respected and liked and highly competent. But one morning he is about to give the most important client pitch in his company’s history; he’s feeling good and takes the mic, loses his train of thought, freezes, wets himself and faints.  The reaction is immediate- his loyal colleagues turn on him in extraordinary cruel ways, they isolate him, stage whisper campaigns about him, laugh at him, reprogramme his phone, hijack his business meetings and workspace with the sole intent of destroying him, a game. His confidence is gone with his luck, but he rises to fight back. Cruelty and racism are at the heart of this gut-wrenching series in which evil forces are at work and its “just business”.

strong>Sundance Now launches Series 2 of the serial killer mystery series Liar, starring Downton Abbey’s Jane Froggat and it’s a corker. Ioan Gruffud plays Andrew, a handsome, charming surgeon, widower, and father who happens to have murdered 19 women. His body is found in a swamp and all eyes are on Laura a woman he raped, the facts are creatively revealed in a time-fluid manner, as cameras follow them separately over the course of several weeks. The six-part British psychological thriller picks up three weeks after the events of Series 1 with the addition of a friend he’s blackmailing to hide him, and a detective who believes Laura is guilty of murder. Interestingly, the characters, however evil, are shown to have humanity, a bold gambit in police procedurals. It’s your binge waiting to happen.

The Day exclusively on Topic follows events leading up to and throughout a winter’s day in Brussels as two armed, masked men take over a bank and hold staff and customers hostage. Police, negotiators and techs watch the events, second by second inside the bank from the perspective of a network of CCTV cameras, as the criminals attempt to find a way out of the situation without loss of life. Odd episodes tell the exact same events from the authorities’ side and the even episodes the perpetrators’ – an interesting and engaging format, in twelve one-hour episodes in Dutch and Flemish with English subtitles. Stars Sophie Desclier, Jonas Giernaert and Jerone Perceval. 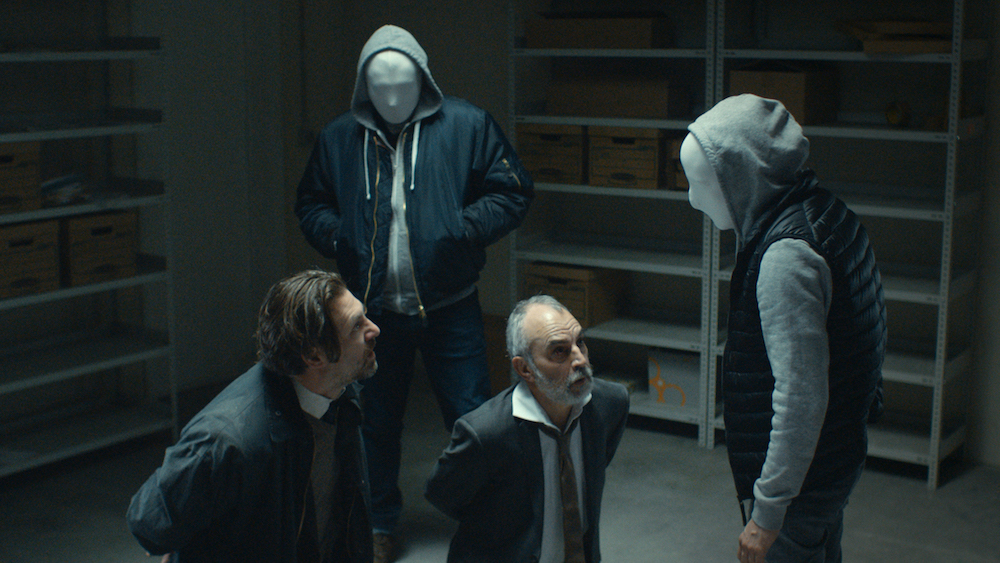 Heads up, filmophiles!  Telescopefilm.com has launched!  Great films, sourced from around the world, 450,000 of them are now yours to screen – no charge! Telescope also provides one-click access to over 100 streaming services, curation in its Telescope Recommends and weekly Spotlight, series of films focused around a unique theme. The year-old service is launching international microsites for German, French and Arab cinema titles. Free, Candace Sampson’s favourite F-word!  www.telescopefilm.com