Agatha Raisin & The Deadly Dance, Agatha Raisin & Love from Hell and Agatha Raisin: As The Pig Turns catches us up with the inimitable Raisin! Each wildly entertaining, feature-length episode stars Ashley Jensen and follows the adventures of a London PR mucky-muck who leaves it all behind to live in the country. There she discovers an unexpected new calling, solving murders.  But she’s no typical village snoop of the literary tradition. Full of life, humour, endless energy and natural talent, Mrs. Raisin breaks the rules to do what she does so well. And those clothes!  I spoke with Jensen from Los Angeles.

Agatha Raisin’s represents a complete twist on the idea of the village snoop.

It’s been modernised. Agatha’s based on a series of books by M.C. Beaton so the stories were all there but I was very different physically from the way she’s written. She’s from Birmingham, with an accent, she’s slightly rounder and dark-haired. It was daunting because so many people enjoy these books and I was worried about that. But Marion was so behind me being Agatha and championed me. I bring the essence of what she wrote and the idea that fifty’s the new forty.

Most in the genre don’t work but Agatha is straight out for hire, she’s a businesswoman and entrepreneur, and that gives her modernity and edge.

She’s found a skill set and directed it for her own gain, she’s seizing the opportunity. Her business is female-friendly, too. She’s in a relationship with James, it’s on and off and there comes a point where she doesn’t need to be identified by a man but by her own actions. We’re living in modern times now and not everyone wants to have a child. It’s really refreshing and no, she’s not really bothered!  There are many aspects to her life now.

Agatha has something else that adds a twist – she’s funny!  Are you?

I’m told I have funny bones but honestly, most of the cast very proficient in comedy and are funny bones themselves.  Jason Barnett, who plays DCI Wilks and Matt McCooey who is DCI Wong and Matthew Horne as Roy Silver are the inherently funny ones. But even the straighter characters like Lucy Liemann the vicar’s wife play it straight and the comedy comes from them being in a different conversation. There are different levels all over the place.  Lucy is sweet but you put her in a situation… 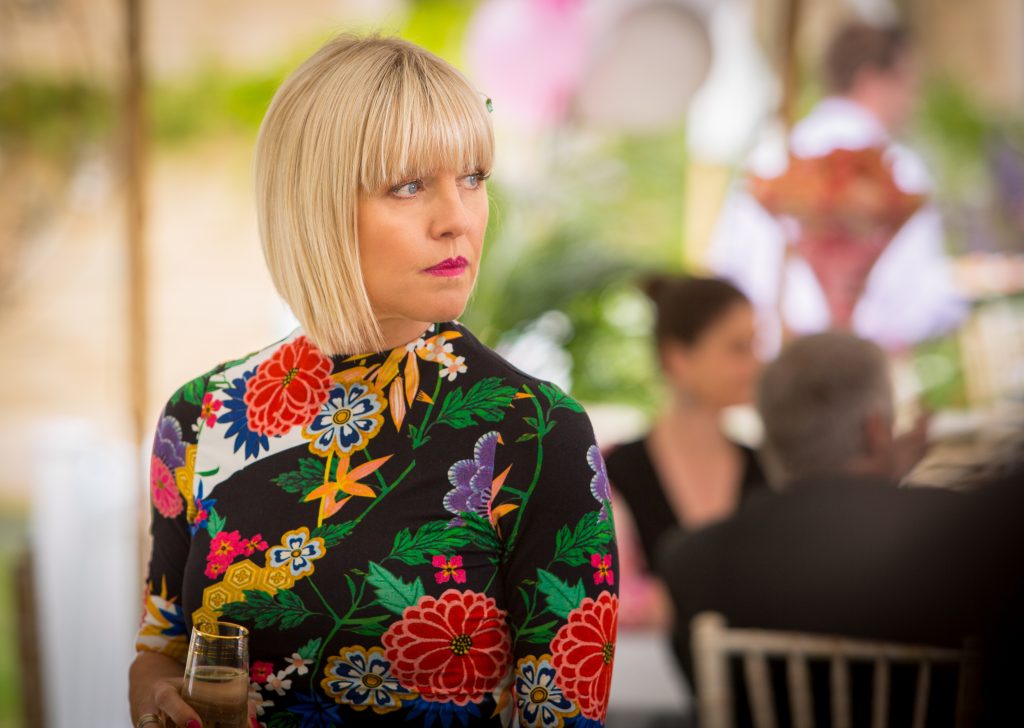 I love the line “It was just a little bullet”!  Agatha is a true one-off and her clothes are visual proof. They are gloriously patterned and coloured, truly unique in the female detective canon.

I have a different outfit every day and the costume designers look at every detail.  Some things were suggested I thought Agatha wouldn’t wear because she is so meticulous and the fashion is so carefully placed. She has to accessorize bags, belts, shoes all to the finest detail.  Costume shopping is an absolute delight, I go into a store and scan the shapes and colours and patterns and Agatha would wear, the pleats, the leather, everything.

They work wonders in post-production, I see some scenes and know that it was raining that day on set and the sky was not that colour, so the colour is imbued into the scene.

Its Agatha’s third year in the Cotswolds now. How’s it going?

Well, I think it has taken time but people have come ‘round to Agatha’s way of thinking. She’s not compromised and people have eccentricities, and accept hers.  James Lee takes his toy soldiers very seriously!  Its serious escapism too and the setting of the Cotswolds adds to it. The location becomes as important as in Doc Martin and Vera. 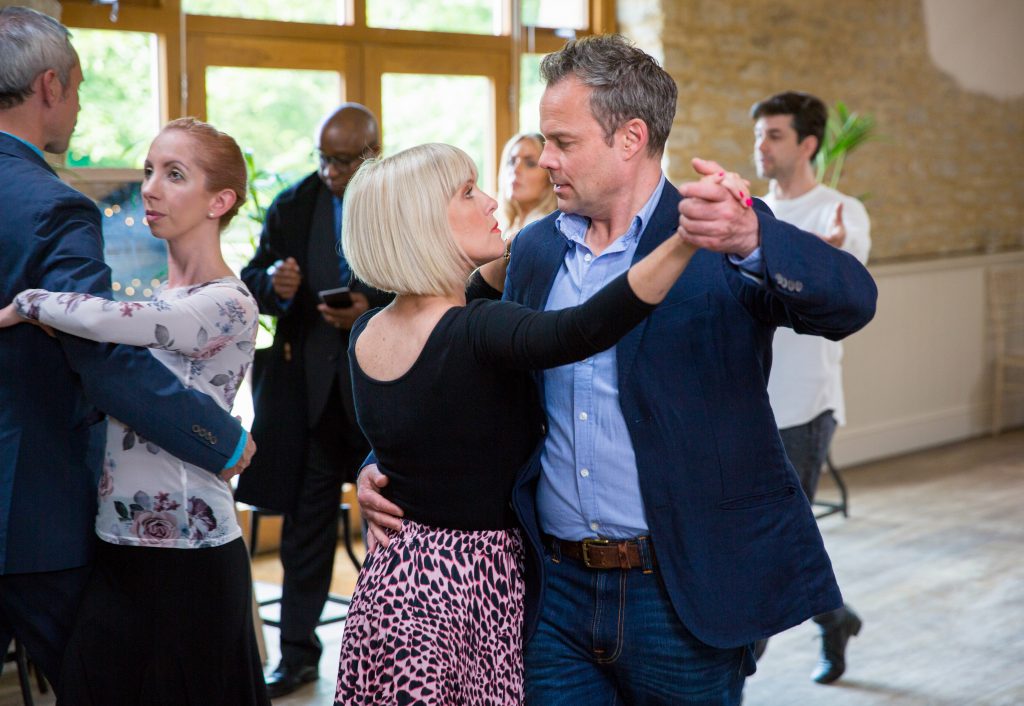 The screenplays are adapted from the novels and some parts in the book don’t make it into the TV show. And sometimes you want to throw in something new, a character or two characters amalgamated into one. I found it confusing to read the books then the scripts as they are slightly different, some things are removed, some plot points changed. We are 90 minutes so we work in that time.  We do add things, there’s a lot of physical comedy.  Onset I come in and detect the room for evidence and what can be used for a pratfall to keep everything alive. Like Mat Horne, why cross the road when you can hop, skip and jump?

« Bieber/Swift Bump Up, a Provocative Irish Film, The Philippines Rescue 1200 Jews During WWII, the British Oscars This Weekend and Stand by for Parasite News!
14 V-Day Films That Claim to Have the Answer to Love »