Netflix’s Our Planet is a new eight-part documentary series from the team behind Blue Planet and Planet Earth that examines how climate change impacts all living creatures – reminding us that we’re all on one team. Adam Chapman (director/producer) and Keith Scholey (producer) filmed for more than four years in 50 different countries with a crew 600+, capturing “the breadth of the diversity of habitats around the world, from the remote Arctic wilderness and mysterious deep oceans to the vast landscapes of Africa and diverse jungles of South America.”

Let’s start with the white tiger episode. The crew spent two winters in eastern Russia waiting to capture an image. That’s a huge sacrifice – why?

Keith Scholey – The Siberian tiger is legendary animal and but its never been filmed in high quality, only amateur footage. We wanted to achieve that high quality. The thing about them is they are very rare and they’re hunted a lot. We went with two techniques. We put cameramen in a box big enough for a bed and a tripod and left them there for a week at a time in freezing temperatures for three months. He first guy wouldn’t return for the second season. We never got the tigers, we heard them roaring but they were too clever to be seen.

We also had a camera set up. The producer worked out where to position the traps and where the tigers were going. You learn that these cats don’t want you to see them you and you don’t have a hope in hell of seeing them because they can walk past you very close but you won’t detect them. Its extraordinary.

Their story is like all the tigers across Asia. Their habitats have been reduced dramatically and they need, as big predators, a huge area for each individual. The numbers tell us they’ve been hunted for tiger products that command a huge price.

You show us the wild horses of Mongolia and how they’ve come back from near extinction. Very hopeful. Is their return sustainable?

KS – I think so very much, there is a positive attitude towards the horse in Mongolia – they are horse people, it’s a way of life and they have remained intact to make a comeback. They’re allowed to breed and the great thing is they have huge amounts of space. A crucial thing to understand is that these animals need enormous space to equalise their habitat and its emblematic of a very positive history of success

You captured something absolutely unique shooting the Orangutans in the jungles of Sumatra.

KS – It interesting. We’ve known they’ve used tools for a long time but this is the only place we’ve seen orangs using tools; it’s never been filmed before. And if you’re a baby orangutan you have to learn from your mother to survive, the skills to survived, there is so much work she has to do. Some people think you could actually keep orangutans in captivity, rebuild the forest and put them back, you can’t. They need the learning that has to come from mother to child. You break the knowledge gap and an orang cannot go back to the wild ever. You have to keep the population going.

Its wonderful that you’re presenting this on Netflix for a global audience, in light of the anti-animal, anti-nature politics of today.

KS – Obviously, we hear a lot of about some people who are not pro-nature, who don’t understand its significance. But the vast population has the alternate view. We’d like to change the dynamic. Some people who love nature and think nature is nice to have but its not essential to our lives. The changes in our world are the fabric of its breaking down. Everything is dependent on nature, from the food you eat to the water we drink.   Everything depends on nature functioning. Its not just nice to have. Obviously, it is essential to have. There is going to be a huge shift in the next few years of conservation changing from the preservation of animals and resources to the preservation of humanity. We hope.

People are making plans to live off Earth, and that would be after destroying it.

KS – The reality is that things are happening that impact everyone. In ten to twenty years eleven billion people will not be able to escape. It’s quite clear – we have to resolve our issues here and do it quickly and be business like about it. WE manage our financial market and trade globally. But we are not managing natural resources. We have to take ownership and manage them. 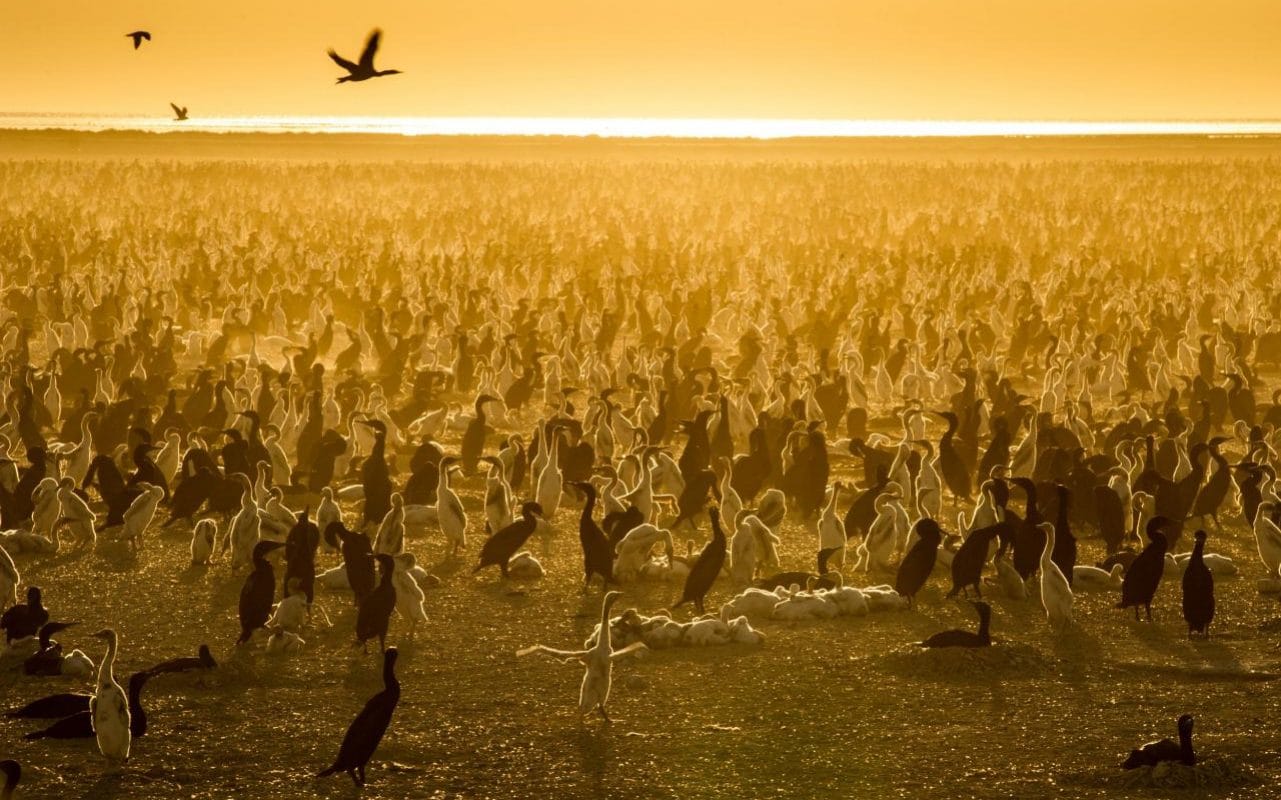 Still from ‘Our Planet’ on Netflix April 5

What have you learned about people along the way?

Adam Chapman – I’ve learned that there are a lot of awfully good people pushing change forward in their countries and worldwide, scientists in Tanzania have seen the comeback of hunting dogs that were extinct. Its astonishing that these packs have returned in the Serengeti and ensured their future. I have great optimism, positive things to make change.

One of the most powerful sequences in the series is Greenland’s glaciers simply collapsing before our eyes. How strong a message is this footage? How much more proof do people need?

KS – Absolutely. For us, that sequence is very much a representation of the greatest threat facing humanity. They are related to changes we have made to the environment, changes we make have an impact across the whole planet. The moment has passed when we are unconnected to other parts of the world. We have to be terribly careful and start addressing these issues, what we do in our countries have impact far away.