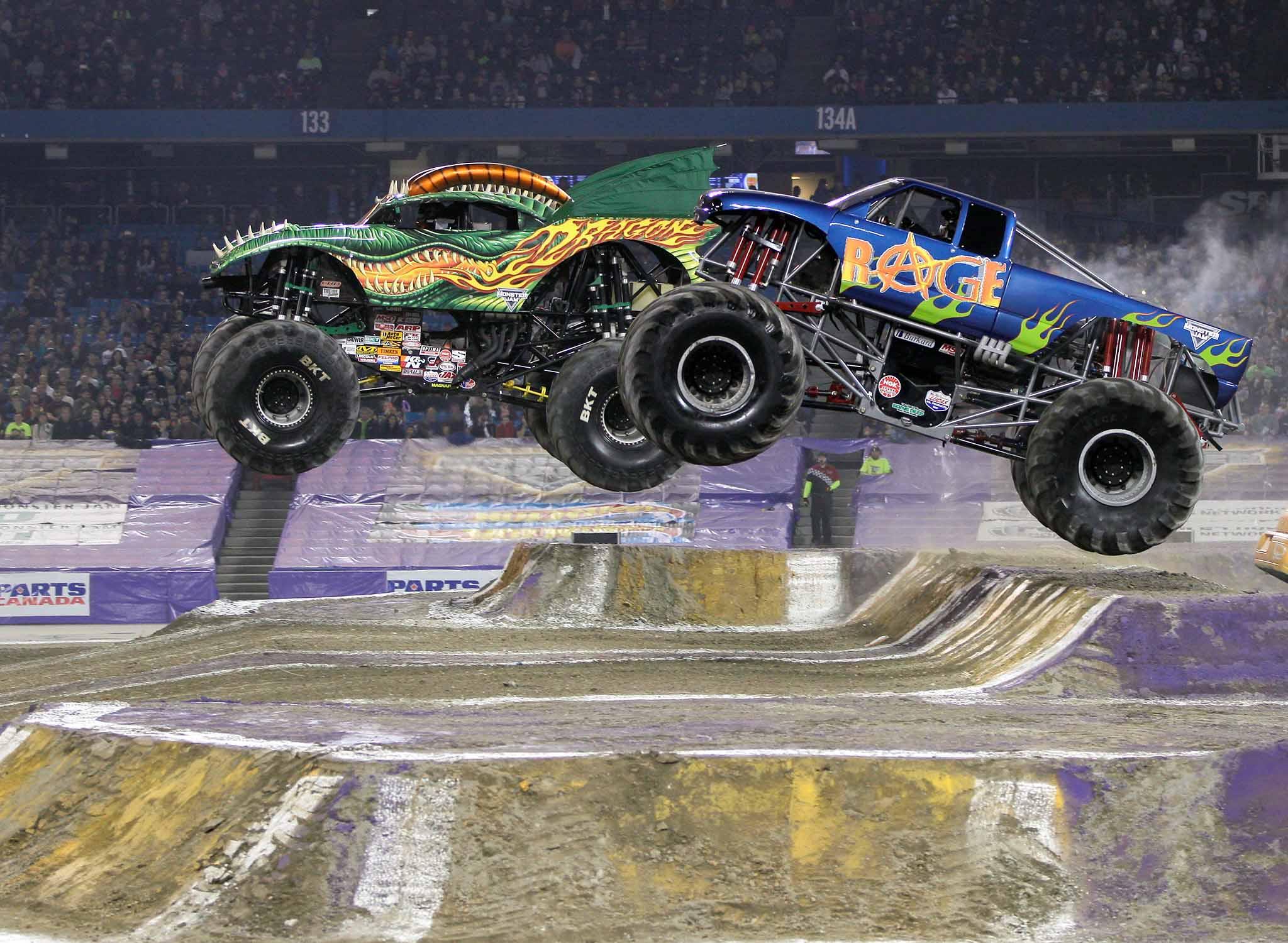 Opening Night – Friday, June 21 at 7PM. Contest open to Canadian residents only, winner will be contacted via e-mail by Tuesday, June 18.

Monster Jam® Triple Threat Series™ is an action-packed, points-based event that showcases six of the most intense athletes of Monster Jam as they go head-to-head in six different competitions, driving three different vehicles – Monster Jam Trucks, Speedsters and ATV’s. These world-class Monster Jam vehicles and athletes bring action-packed, adrenaline-charged family entertainment to fans across the country and deliver what they want to see most: more racing, more freestyle, more donuts, and more action!

Monster Jam drivers are trained, world-class male and female athletes who have mastered not only the physical strength and mental stamina needed to compete, but the vital dexterity to control 12,000-pound machines capable of doing backflips, vertical two-wheel skills and racing at speeds up to 70 miles per hour to produce jaw-dropping, live motor sports action seen around the world.